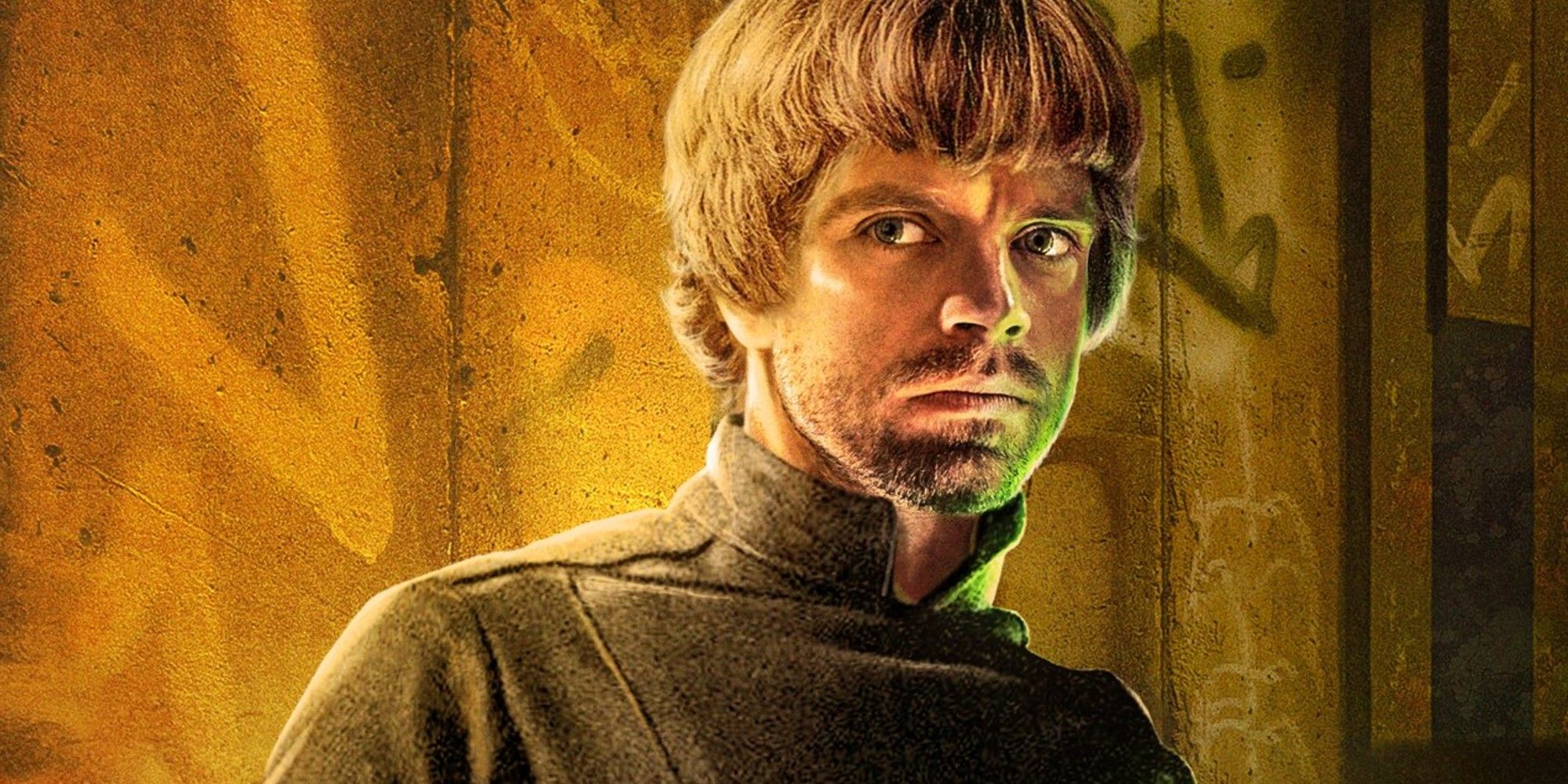 Popular young Luke Skywalker fan cast Sebastian Stan gets his own Mandalorian character poster as audiences imagine him joining the show. Upon its release last year, The Mandalorian was viewed by many as the best piece of Star Wars content to emerge in years. In telling a smaller story of a lone bounty hunter (Pedro Pascal) tasked with protecting a powerful Child, The Mandalorian appealed to Star Wars fans old and new. However, as season 2 continues to unfold on Disney+, the series has spread its wings and offered connections to the greater Star Wars universe, thus widening its scope.

The most recent Mandalorian episode, “Chapter 13: The Jedi,” saw Mando and Baby Yoda (now officially named Grogu) cross paths with The Clone Wars favorite Ahsoka Tano (Rosario Dawson). The hope was that Ahsoka would be able to train Grogu, but she ultimately turned down the opportunity and instead directed Mando towards other Force-users. This led to fervent speculation among fans that the iconic Luke Skywalker could somehow join The Mandalorian. And as he would need to be a younger version of the character, many have put MCU star Sebastian Stan forward for the job.

Now that the idea has taken root, there’s no stopping fans’ inspiration. Artist Ryan Smallman got in on the fun by designing a Mandalorian character poster for Stan’s Luke. Ahead of season 2’s premiere, the core cast received posters, and every episode since has resulted in a new sheet for a featured character. This fan made poster envisions an episode where Stan makes an appearance as the famed Jedi, and it’s undeniable that he’d fit in well. Check it out below.

Over the years, many have pointed out that Stan resembles a young Mark Hamill very closely, which is why he’s become such a popular pick to play Luke. Stan himself once said he’d be interested in playing Luke, and Hamill has even acknowledged the similarities. This is a fan casting that stretches a bit beyond a typical idea, seeing as so many people have acknowledged it and Stan truly looks like Luke from the original trilogy.

Of course, this doesn’t mean he’ll actually play Luke in the future, or even that Luke will appear on The Mandalorian. Though the series recently began including established Star Wars characters, Luke might be a bit too big for this smaller story. However, if The Mandalorian does end up featuring a Luke cameo, Lucasfilm should absolutely consider Stan for the role. Many want to see him take on the part, and Stan already has an in with the people at Disney thanks to his role as Bucky Barnes in the MCU. Provided Stan isn’t too busy with his own Disney+ show The Falcon and the Winter Soldier, perhaps he might find himself in the galaxy far, far away.