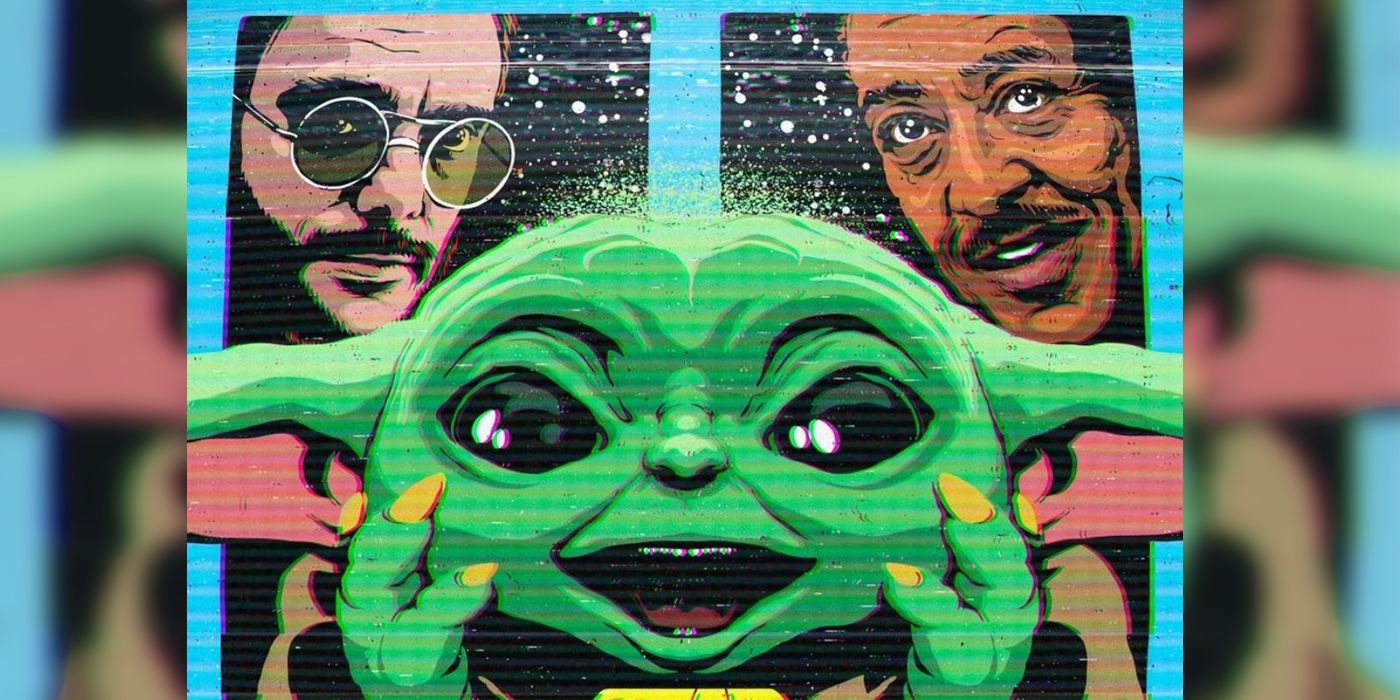 An artist has combined the worlds of The Mandalorian and Home Alone in a new crossover poster. Home Alone, directed by Chis Columbus, came out in 1990 and quickly became one of the most successful Christmas movies ever made. After the film was released, Home Alone remained the number one movie at the box office for twelve straight weeks. On the other hand, The Mandalorian has become one of Disney’s most successful original series on Disney+, earning critical praise from fans and critics alike.

Both Home Alone and The Mandalorian are family-friendly adventures involving an endangered child. Kevin McCallister (Macaulay Culkin) is left home alone throughout the holidays after his family goes on vacation and forgets to bring him. Kevin has to defend himself and his home from the Wet Bandits, played by Joe Pesci and Daniel Stern, and his zany traps have left people coming back every year to watch the Christmas classic. Grogu (aka The Child or Baby Yoda) mainly relies on Din Djarin for protection as Moff Gideon and the Empire try to steal him to create other Force-sensitive beings. Grogu can occasionally protect himself using the Force, but unlike Kevin McCallister, he always has backup.

Now, thebutcherbilly imagines what The Mandalorian could look like if it got a poster in the style of Home Alone. Grogu takes the place of Kevin with the famous scream pose, while Moff Gideon and Dr. Pershing lurk in the background behind windows. The artist’s original Instagram post can be seen below:

Both Home Alone and Star Wars continue to be incredibly valuable IP, and Disney still has plans for both. After Disney acquired the rights to Home Alone after buying 20th Century Fox, the House of Mouse decided to reboot Home Alone with an all-new cast. There haven’t been any story details about the remake, but it has been revealed that Archie Yates (Jojo Rabbit) will lead the film as a character named Max. It looks like Kevin McCallister’s character may not be a part of the Home Alone reboot, and it also looks like Grogu may be absent from The Mandalorian season 3 given the way season 2 ended.

Home Alone and The Mandalorian really don’t have anything to do with each other, but fans of both franchises will be able to enjoy the art during the holiday season, even if Mando would never forget Grogu as the poster suggests. The poster is a clever way to combine Home Alone and The Mandalorian, but it also makes fans wonder if there could ever be a Mandalorian Holiday Special. Disney already released The Lego Star Wars Holiday Special this year, and with the current popularity of Baby Yoda, many Star Wars fans would enjoy a holiday-themed episode. That being said, Lucasfilm may have learned their lesson after the disastrous Star Wars Holiday Special in 1978.