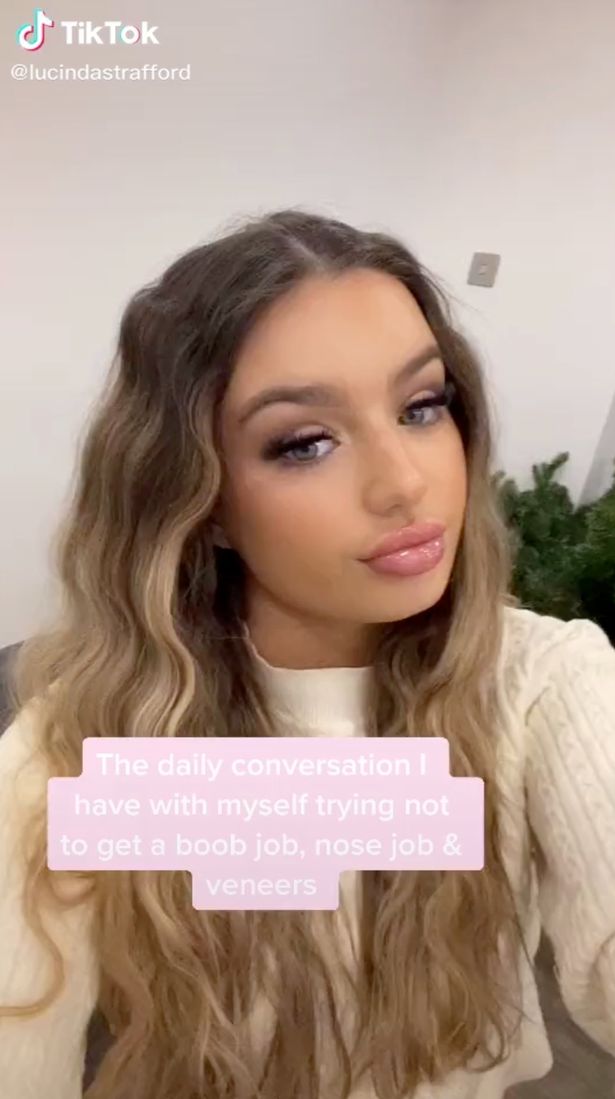 Love Island newcomer Lucinda Strafford has been seen talking herself out of a cosmetic surgery makeover in a video posted on TikTok.

This year’s series of Love Island has seen the islanders, and the outside world, enjoy heated discussions about cosmetic surgery, with many of the female contestants in the villa having undergone a few tweaks themselves.

While Lucinda wasn’t involved in the kick-off that occurred after Hugo Hammond revealed that he finds “fakeness” a turn-off, past social media footage of the 21-year-old beauty has resurfaced which gives an indiction of which side of the debate she sits on.

Speaking to her 93,300 TikTok followers earlier this year, the business owner from Brighton shared an amusing short clip of herself reminding herself that she doesn’t need to go under the knife.

She added: “I’m still on my natural journey, on the road to getting things more natural – which I am so happy I’ve done.”

Molly first had her lip fillers completely dissolved in 2020, after admitted that she “hates herself” for thinking she needed to alter her appearance to feel more confident.

The star also had fillers in her jaw in the past, which she said she had done to make her jawline more pronounced but believes it left her looking “worse”.