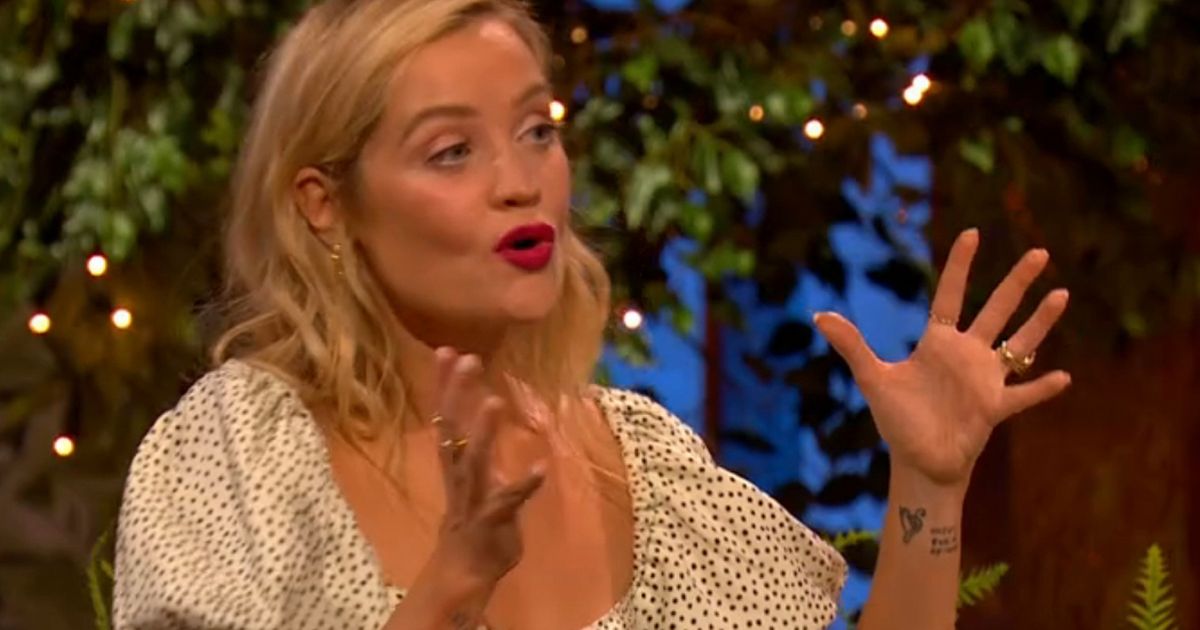 Laura Whitmore was clearly far from impressed by Ikenna Ekwonna’s comments regarding his villa life on Love Island.

The premise of the show is for contestants to go in search of love, but Nottingham hunk Ikenna, 23, seemed to rile the Aftersun host by referring to his time in Majorca as a “holiday”.

Laura asked the former contestant if he would have done anything differently on the show in a bid to prolong his stay, but he replied: “No, I think I would have done it exactly the way I done it.”

When Amber Beckford, who was voted out at the same time as her former housemate, laughed and said he was “chilled out”, he agreed, saying: “Chilled out, relax and enjoy the holiday.”

But Irish Laura was having none of it and hit back: “Hold on, wait a minute. It’s not a holiday. You’re in there to find love, not for a holiday.”

As the audience burst into laughter, Laura cheekily asked: “Did you get the memo on what Love Island is about?”

It’s something fans had picked up on previously. Many took to Twitter during his stay on the show to criticise him for treating it simply as a getaway.

Prior to his exit, one user wrote: “Ikenna can definitely leave, this man came for a free holiday #LoveIsland.”

Another agreed, writing: “Ikenna has no chat, he’s just here for a holiday.”

His time in the luxury villa was suddenly cut short in a brutal double elimination last week after the public voted him to leave out of all the boys.

He had been coupled up with Indiyah Polack, but the pair’s slow-burner romance saw Dami Hope swoop in and make his move.

Dami and Indiyah have certainly hit it off a lot faster, leading to the hotel waitress, 23, saying her recent date with the 26-year-old microbiologist was “like a fairy tale”.

The pair were seen enjoying some fizz on a sweet date on Sunda and Indiyah told her man: “I’m getting to know and I’m genuinely happy, like you make me laugh, you make me smile.”

Later on in the Beach Hut, Indiyah gushed to the camera about Dami and admitted: “Like words can’t really describe when I’m around him.

“I’m always laughing, I’m always smiling. It feels a little bit of like a crazy fairytale, which is so cringe but it feels good!”