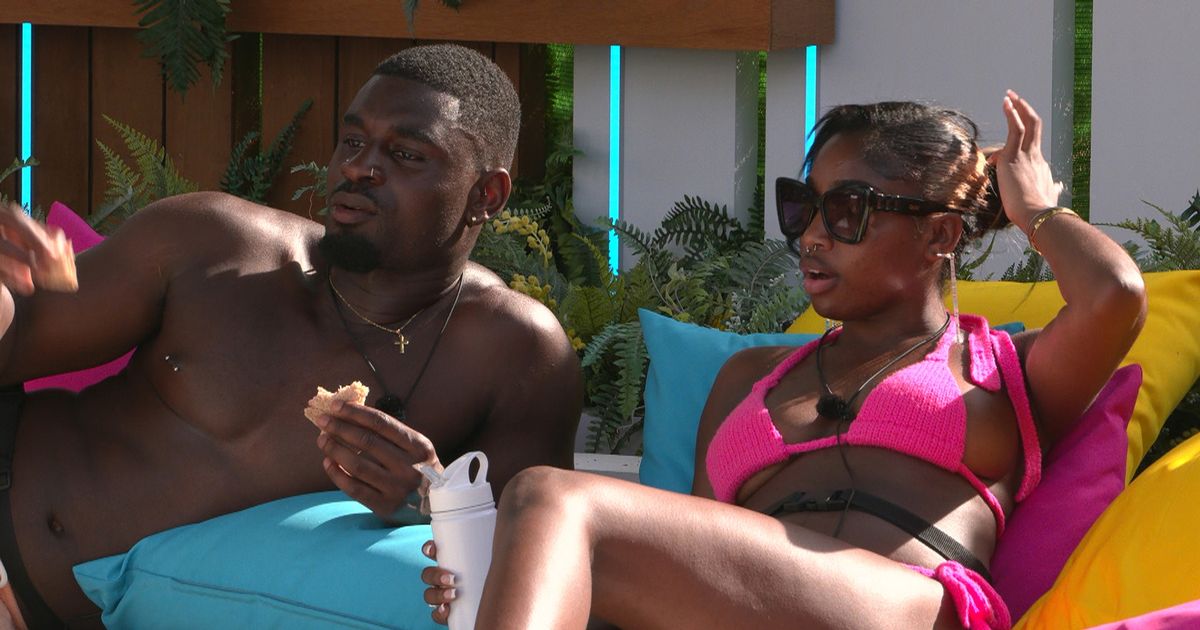 Amber had been coupled up with Irishman Dami from day one, but was given the boot last week, leaving the door open for her man to pursue other options interesting him.

And he wasted no time in laying it on Indiyah after the pair had already made a plan to get to know each other.

While Amber, who exited alongside Ikenna Ekwonna following a public vote, was shocked at her prompt departure, she believes there was still enough time for her partner and friend to tell her what was going on – despite what they claimed.

Speaking to Love Island : Aftersun host Laura Whitmore, childminder Amber said: “They could have waited until we at least had our water bottlers out of there.”

However, Ikenna was a bit more laid back about the situation, claiming: “I’m excited for them actually.”

Amber continued: “I feel like Dami definitely had time to pull me aside for a chat.

“We had some kisses in bed, like a proper snog. So he definitely had time to tell me.

“I was a bit shocked, I won’t lie. I literally spoke to both of them.”

Laura Whitmore was chatting to Amber and Ikenna
(

When speaking about her time with Dami, she added: “We were definitely quite comfortable with each other but then a few red flags popped up.

And when questioned whether she wanted to pursue anyone else in the villa, she admitted: “I did have all my energy focused on me and Dami.”

While Amber might feel a bit aggrieved with how things panned out, Indiyah gushed on Sunday that her romance with Dami is like “a crazy fairytale”.

The pair were seen enjoying seeing their first proper date together on the episode.

Dami and Indiyah are moving steadily in their coupling
(

As they enjoyed some fizz, Indiyah told the Irishman: “I’m getting to know and I’m genuinely happy, like you make me laugh, you make me smile.”

She was shocked at his response and replied: “Oh really?

Later on in the Beach Hut, smitten Indiyah told the cameras: “Like words can’t really describe when I’m around him.

“I’m always laughing, I’m always smiling. It feels a little bit of like a crazy fairytale, which is so cringe but it feels good!”