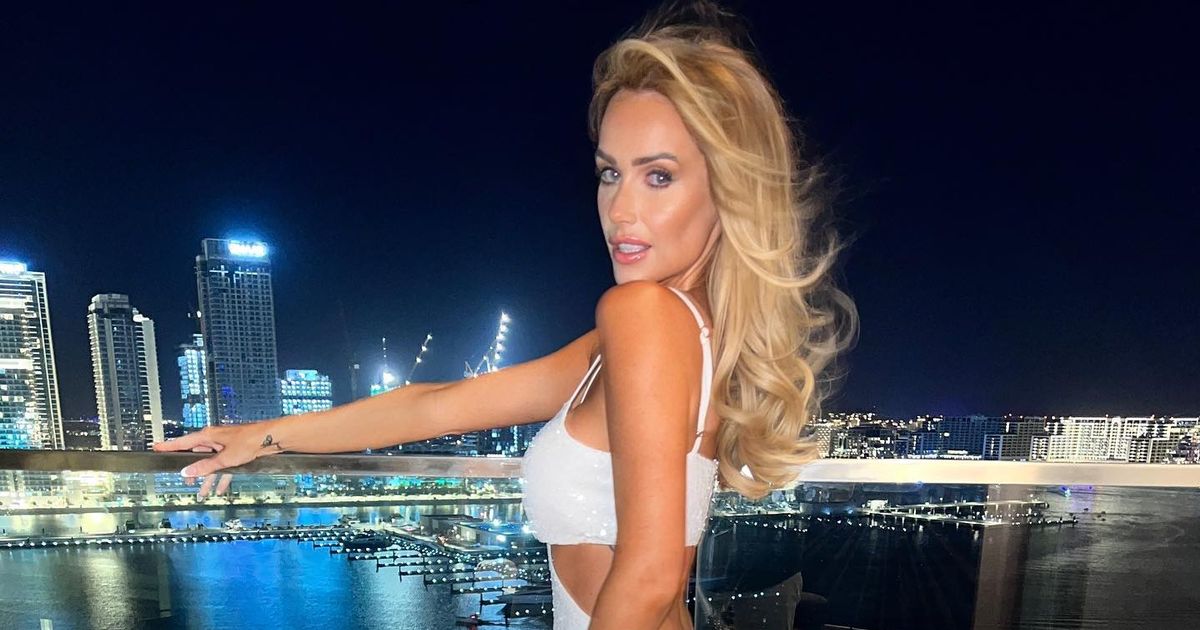 Former Love Island star Laura Anderson, who shot to fame on the 2018 series of the ITV2 dating show, is reportedly gearing up to join the line-up for Dancing On Ice

Laura Anderson has been reportedly ‘lined up’ for next series of Dancing on Ice after she had ‘secret meetings’ with ITV bosses.

The former Love Island star, who shot to fame on the 2018 series of the ITV2 dating show, is ‘keen’ to nab a spot on this year’s line-up.

The Scottish bombshell, 33, previously auditioned for Dancing On Ice following her Love Island stint, but lost out on bagging a place to her ex-boyfriend, Wes Nelson, who went on to show off his incredible skating skills on the 2019 series of the ITV competition.

Now, three years later, Laura is reportedly ‘gearing up’ to show off her talents.

An insider has revealed that Laura impressed ITV bosses when she auditioned previously, and they haven’t forgotten.

Laura Anderson is set for Dancing On ice
(

Laura is gearing up for Dancing On Ice
(

“Laura would love to be on Dancing on Ice,” the source told The Sun.

“She loves the show and already impressed bosses when she auditioned a few years back. She’s a dark horse and has got some moves on her.”

They continued: “She already gets on so well with a few of the legends on the show and has made it clear she is ready for the challenge.”

Speaking about her missed stint on Dancing On Ice, Laura previously told The Metro: “I actually auditioned for Dancing On Ice but they could only pick one person from Love Island so yeah, Wes.

“My dad was terrified of me doing the headbanger, I was like passing out on the ice. I thought my audition went well.”

It comes after Laura recently opened up about plans for a potential family with boyfriend Dane Bowers.

Their relationship only lasted a few months after leaving the Majorca villa but Laura has had more success since returning to Dubai, where she lived before joining the popular programme.

Laura worked as a flight attendant for Emirates Airline for over ten years, during which, she had a relationship with Dane, 42, which abruptly ended and resulted in her appearance on Love Island.

Laura is ready to start a family with her beau
(

The blonde beauty shot to fame on Love Island in 2018
(

Their relationship only lasted a few months after leaving the Majorca villa but Laura has had more success since returning to Dubai, where she lived before joining the popular programme.

“Work wise and stuff, if there were any opportunities that would have either of us in the UK for a longer period of time, then I feel like we can be quite flexible.

“I’m happy with Dane and we’ve got quite flexible jobs, but I think for now, my sister’s here and I’ve got family and it’s really good for kids, so I’m quite happy to be Dubai.”

The Mirror has reached out to an ITV spokesperson for comment on this story.