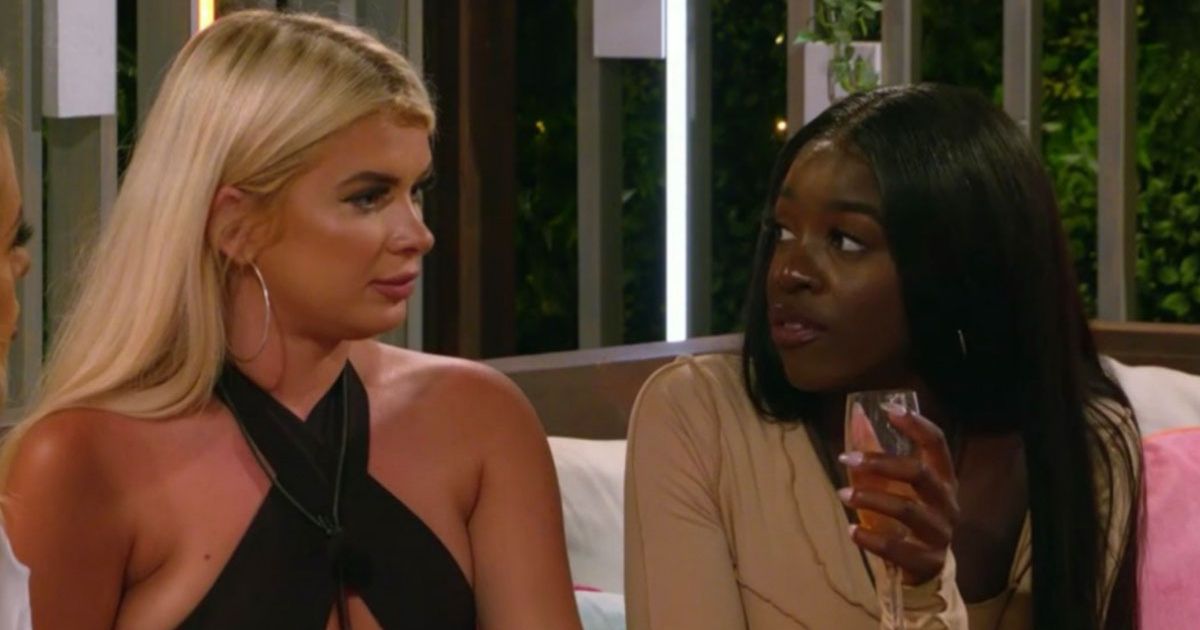 Love Island star Kaz Kamwi has discussed how proud she is of her best friend Liberty Poole.

The social media beauty spoke with ITV alongside couple partner Tyler Cruickshank after they made it to the final of the reality TV show.

During the chat, Kaz opened up about her strong friendship with Liberty from Day 1 of the seventh series.

Kaz said of their friendship: “Liberty and I clicked from the very first day. We walked in together and our friendship blossomed from there.”

The pair’s close bond proved a valuable asset to both ladies in the villa, but no more so than when Liberty decided to end her romance with ex-boyfriend Jake Cornish just days before the grand final and later left the villa.

Kaz continued: “When she explained to me the situation and how she felt, honestly I had nothing but the utmost respect for her because it takes a lot to admit your feelings and be really set in a decision like that, especially so close to the Final.”

The social media influencer continued to praise Liberty for her decisions and revealed just how much of an impression Liberty’s behaviour had on her.

“She is so genuine,” said Kaz, “It broke my heart knowing she never found that special connection that I think she deserves.

“I was trying to be strong when she was leaving but when we went to the terrace and I was in tears.”

Kaz has revealed just how proud she is of Liberty
(

Kaz concluded of Liberty: “Overall, I am proud of her and she stood her ground and followed her gut and trusted her intuition.”

Liberty’s independence was also pointed out by Kaz as being one of her strengths, describing her as one of the most “selfless” people that she has come across.

Meanwhile, Kaz and Tyler confirmed that they are still working towards using the titles of boyfriend and girlfriend but remain in an exclusive relationship.

With Kaz based in Essex and Tyler in South London, the geographical locations of both also remain in their favour.

The pair’s vocal fanbase was displeased that the pair only took fourth place in the final, but with a strong romantic connection and a friendship for life found in the villa, we doubt Kaz is complaining!

*Love Island 2021 is available in its entirety on ITV Hub and BritBox.