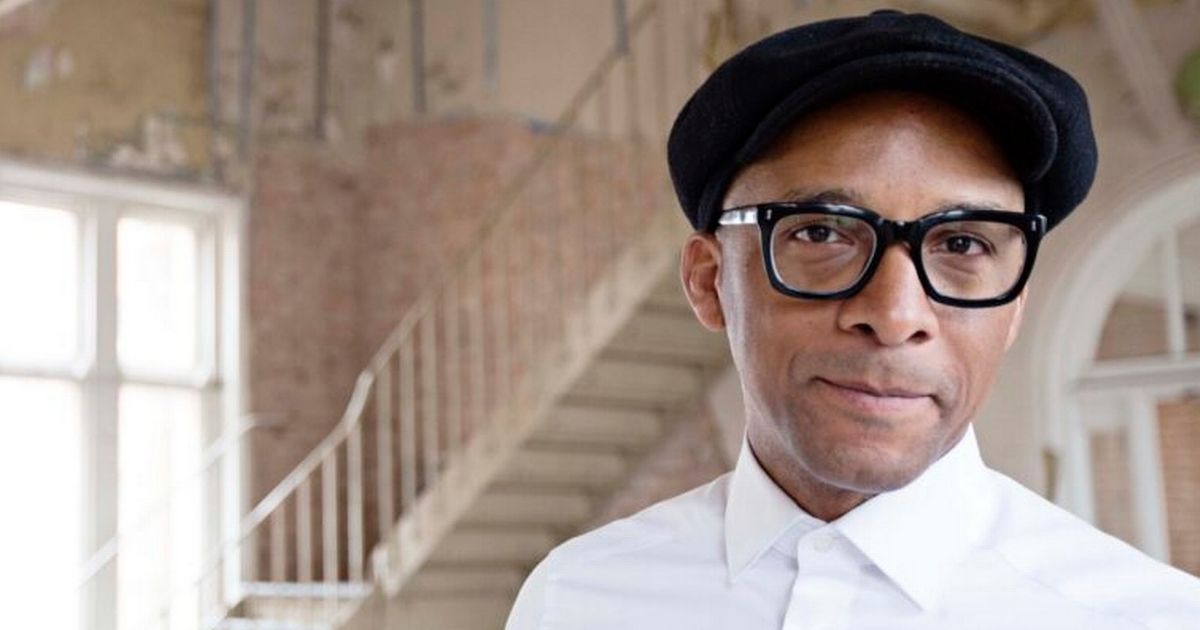 The Repair Shop star Jay Blades, who is also hosting his own show Jay’s Yorkshire workshop, slept in a car and considered taking his own life when his world came crashing down

Six years ago, Jay Blades’ world completely fell apart during the darkest days of his life.

The much-loved The Repair Shop host and restoration expert is used to helping others fix things but realised he could not fix himself.

Jay can’t believe he has gone from a “nobody” in an old BMW to a popular TV presenter in such a short space of time, admitting: “If anyone had told me back then I would have laughed at them.

“I would have said, ‘Me? Never. They will never have me on TV. Nope, that is never going to happen.'”

Jay hit rock bottom when he lost everything all at once – his marriage, the charity he was running and his home – and considered taking his own life.

The 51-year-old and ex-wife Jade, who met at university, were a “brilliant business team” and set up a charity, Out of the Dark, training disadvantaged youths to restore old furniture.

But the relationship of the couple, who are parents to daughter Zola, started to break down as there was no longer a “spark” and his charity lost funding.

Jay revealed he would lay wide awake “agonising” over whether they should split and felt “huge amounts of guilt”.

“I was the one who had brought the happy house, our family home, our business, all crashing down,” wrote Jay in his book, Making It: How Love, Kindness And Community Helped Me Repair My Life.

There was too much internal pressure to cope with and Jay explained he “snapped” in the darkest moment of his life in April 2015.

Describing it as an “out-of-body experience”, Jay said something inside him “broke” and he decided to get in his battered old BMW and drive off with no end destination.

“Everything came at once,” he recalled to The Mirror last year. “My marriage had broken down, I didn’t have any money and the people that I employed I had to make redundant. The state that I was in I would have taken my own life, and I came close.

“I got in my car and decided to drive. I had no vision of where I was going. I ended up in Wolverhampton, and for a couple of nights I slept in my car.”

Jay Blades with his daughter
(

During that traumatic week, Jay lost a stone because he wasn’t eating or drinking and hadn’t had a wash in days.

“I was unable to see tomorrow, I couldn’t see myself existing in the future,” he told The Mirror in May while bravely opening up.

“It was everything, the breakdown of my marriage, my business, me not being able to speak about it to anyone.”

All Jay could think about in that moment was what he had been told by a teacher at secondary school, that he would be a “failure”.

He added: “My careers teacher when I was 14 told me it wasn’t worth trying because my life would always amount to nothing.

“All my life I’d put all that negativity in a box. Now the lid had closed and I had entered a world that was dark, completely dark. I couldn’t even think straight about the effect on my kids, who I loved more than life itself.”

Jay is the much-loved host of The Repair Shop
(

Jay considered taking his own life but eventually ran out of petrol and pulled into a retail park where he sat eating burgers at the wheel.

Ex-wife Jade was concerned for his safety and phoned the police, who found him with a psychiatric nurse and told him they thought he might be a danger to himself.

Fortunately they let him go with a friend, Gerald Bailey, owner of the Diffusion fashion chain, who Jay credits with saving his life.

Describing the life-changing moment where he sat in Gerald’s car, he said: “I sobbed. Proper, shoulder-heaving, gut-wrenching, ­inconsolable sobs. ­Everything poured out. I bawled and I howled. I was brought up not to cry, to always act tough. I had never cried in front of another man before.

“When I stopped, the numbness had passed. I was alive again.”

Gerald arranged for Jay to stay with his mum and stepdad, who became like a second family amid his recovery.

Jay and the rest of The Repair Shop team
(

Jay now lives in Wolverhampton with his new partner and set up Jay & Co, a furniture restoration business in the city.

Four years ago he started presenting The Repair Shop, which is now in it’s eighth series, and has a described his relationship with his ex-wife and three children, now aged 30, 25 and 15 as “beautiful”.

As well as hosting The Repair Shop, the presenter has landed his own feel good spin-off, Jay’s Yorkshire Workshop, making items from scratch for “deserving” people.

He is helping groups of volunteers build bespoke pieces for unsuspecting community heroes – everything from chairs to cabinets, to cocktail bars.

He told the Mirror: “So many people have given back to their communities. Now it’s time for my community workshop to give back to them.”