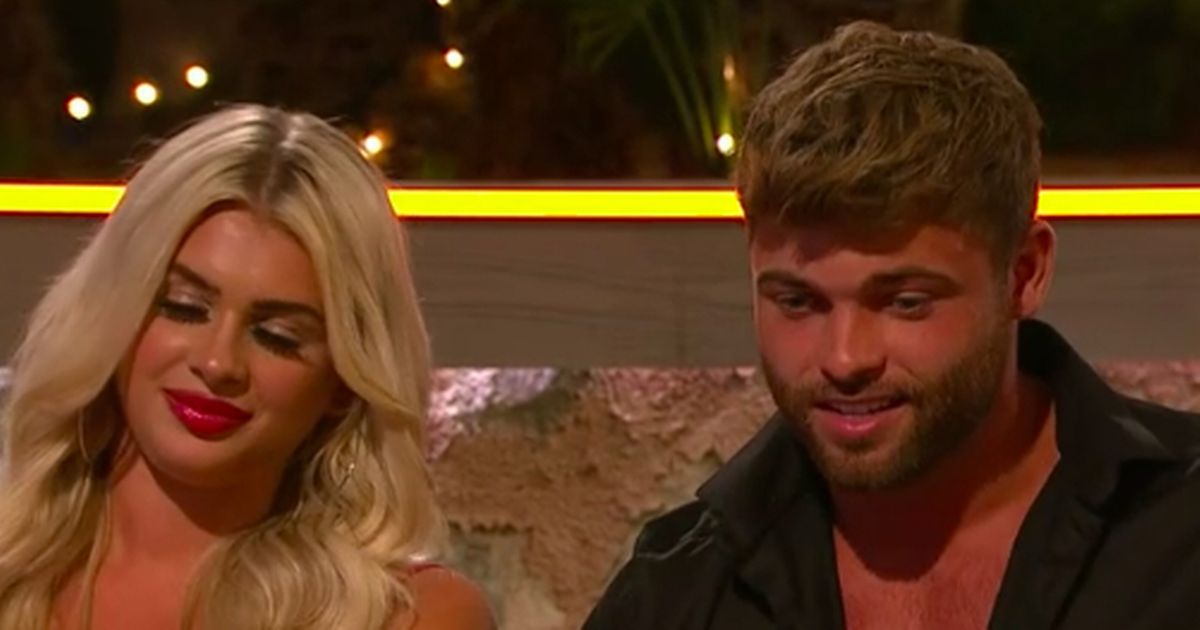 Love Island: Islanders in tears over Jake and Liberty exit

Love Island OGs Jake Cornish and Liberty Poole were thrust back together as they spilled all on Love Island Aftersun on Sunday night.

The pair admitted they hadn’t spoke to each other much since their shocking departure and didn’t look entirely comfortable as they prepared for Laura Whitmore’s questions.

While both admitted they only had eyes for each other in the luxury villa and didn’t have a connection with anyone else, the one-time favourites to win appeared to pour cold water over any possible reconnection outside of the popular TV show.

But that didn’t stop Jake getting emotional as the pair awkwardly watched back their best bits.

After all the highs from the beginning came a barrage of lows and the water engineer welled up as he had to view his former girlfriend crying on screen in front of him.

Jake was emotional watching back clips of Liberty crying

But it wasn’t just the blonde beauty’s tears that were affecting the Somerset stud. The 24-year-old admitted he was “sh***ing it” about re-entering the real world.

“It’s just one of those things, you don’t know what’s coming,” he confessed.

Liberty, 21, seemed a lot more calm about it though, saying simply “it’s crazy”.

Jake and Liberty – affectionately labelled as Jiberty throughout their romance – seemed like a power couple from the get-go and Toby Aromolaran even admitted to his beau Chloe Burrows on Sunday night’s main show that he used to want what the pair had.

But in recent weeks the cracks began to show as islanders and fans alike started to pick apart the pair’s previously perfect relationship.

Nando’s worker Liberty went on to tell presenter Laura on Aftersun exactly what was going through her head when she confessed her love to her man and admitted she had no regrets in doing so.

“At that moment in time I did feel that way so it just blurted out,” she said. “I wouldn’t have changed anything because I feel like everything’s worked out. I don’t regret my journey at all. It was our honeymoon phase.”

Jake and Liberty left the Love Island villa after their split
(

And Jake, who revealed it hurt him to hear people call him fake, said villa life is “so intense” and he had always been true to himself.

With Love Island set to finish on Monday night, four couples remain having avoided a last-gasp dumping thanks to Jiberty’s walk-out.

Each of them were treated to surprise visits from family members and friends on Sunday’s show and fans of the show were quick to pick up on the interactions.

Eagle-eyed viewers were quick off the mark to sense that Chloe’s sister has the hots for her man Toby, while Teddy Soares’ brothers seemingly had the hump with his partner Faye Winter.

The Love Island final airs on Monday 23 August at 9pm on ITV2.