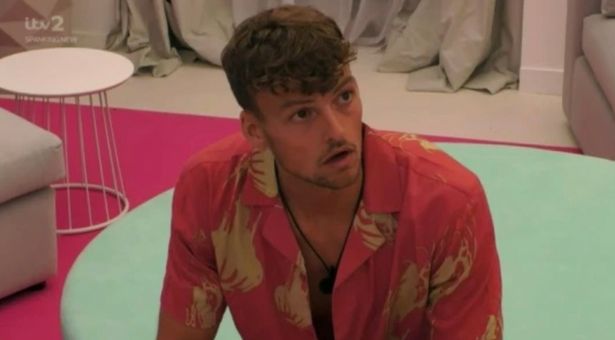 Hugo Hammond is left in tears on Tuesday night’s instalment of Love Island after the handsome reality star accidentally offends the girls in the villa.

The 24-year-old teacher from Hampshire sparks a huge row in the villa after he confesses that he’s not interested in women who look fake.

Things take a turn for the worst as the islanders take part in a steamy challenge.

Hosted by Chloe and Hugo, who dub themselves ‘Hoey’, the name of the game is to match their answers with their partners as they try to get to know one another as best they can in a matter of minutes.

For some of the Islanders, a round based on biggest turn-offs leads to some tension in the villa and frank conversations.

Unfortunately, Faye makes it clear that she has zero sympathy for Hugo when she claps back: “I don’t give a f**k if he’s crying.”

It’s not all bad news for Hugo however as the attention is taken away from his ‘careless words’ when two new bombshells enter the villa.

Tune into Love Island on ITV2 at 9PM to watch the drama unfold.