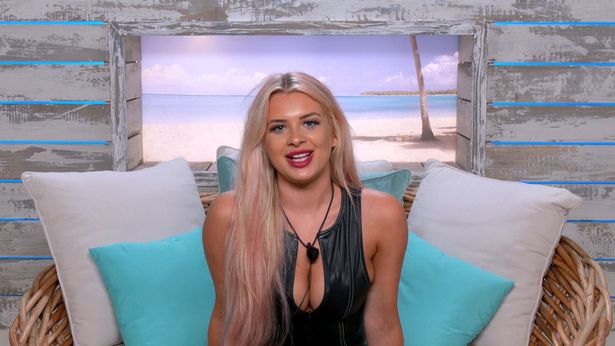 Love Island fans are concerned Liberty will be the new Amy Hart after she admitted she’s ready to take the plunge with water engineer Jake.

Amy was devastated when Curtis Pritchard sensationally dumped her on Love Island 2019 after her “boyfriend” went to Casa Amor and tried to crack on with newbie Jourdan Riane.

Curmy coupled up at the start, and when Amy headed to Casa Amor, she stayed loyal and returned to the villa with the intention of dropping the L-bomb.

However, in a devastating blow for the former flight attendant everything imploded at the recoupling when Curtis harshly admitted he didn’t really fancy Amy or see a future.

Fans of the show were concerned for Amy’s welfare as the star was so bereft on the island that she lost 6lbs in a matter of days and said producers stepped in to force her to eat.

She also left the villa to undergo 12 therapy sessions before walking out for the sake of her mental health when Curtis and Maura Higgins hit it off.

After such a public humiliation, Amy devoted the past two years to working on her mental health, and only recently finished her post-show therapy.

And seeking professional help has changed her life.

Speaking to The Sun she said: “But now I know that I’m a good person, I am fun to be around and I have amazing friends. If people don’t want to be my friends then that’s fine.”