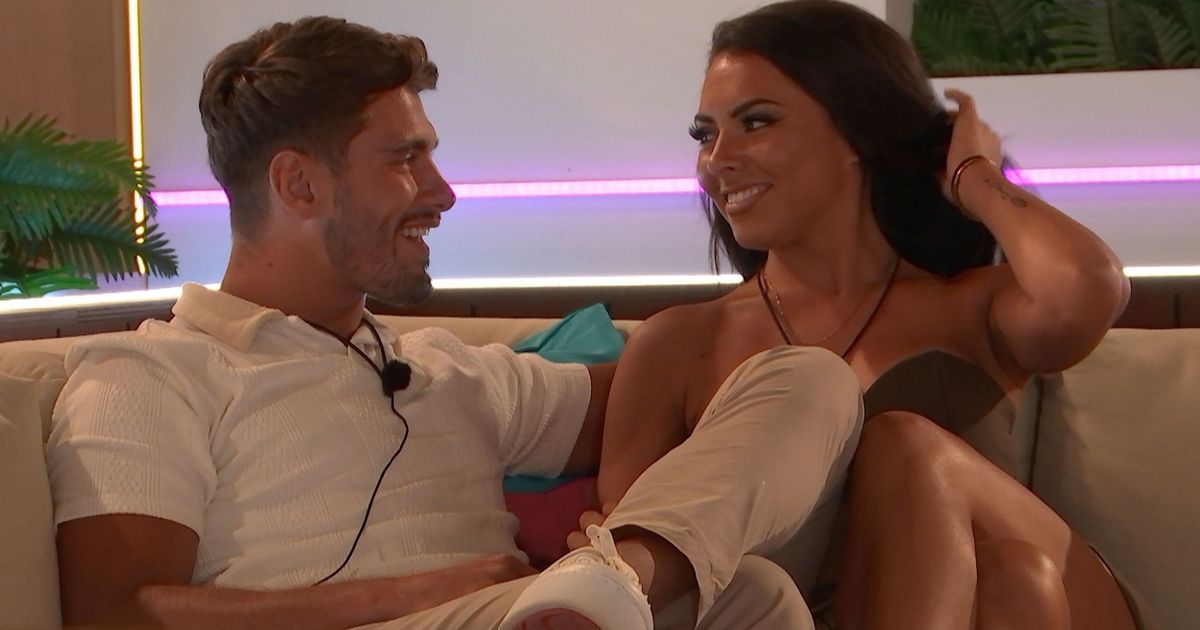 Love Island contestant Jacques looked less than impressed during Friday’s episode of the ITV2 show when Jay picked Paige in the unexpected recoupling, but he’s not giving up on her

Love Island: Jay chooses to couple up with Paige

Love Island ‘s Jacques is set to have a late night heart-to-heart with Paige during tonight’s episode.

New ITV spoilers reveal that during Sunday’s instalment of the ITV2 reality show, Jacques quietly pulls Paige for a chat on the stairs.

With a chat that couldn’t wait until the morning, is Jacques about to open up to Paige about how he really feels.

It comes after Jay decided to pair up with Paige during Friday’s recouping – and Jacques was visibly fuming.

As the pair sat back down, Gemma’s ex was seen glaring at Jay – and was clearly hoping to develop his connection with Paige himself.

However, at the end of Friday night’s episode, Paige let Jacques reach out and stroke her hand as they laid in separate beds while the rest of the group fell asleep.

It seems Paige is caught up in somewhat of a love triangle, and also during Sunday’s episode, Jay asks her for a chat too.

As the pair take a seat on the sun loungers with Paige, Jay asks her: “How are you feeling after the first night, sleeping without Jacques?”

Paige replies: “Ah no it was all good, I enjoyed our pillow talk, it was nice to get to know each other, do you know what I mean? What about you?”

Later in the Beach Hut, Paige reveals: “It’s an awkward one because the boys – Jay and Jacques, you couldn’t get more opposite guys in here, really.”

Will Paige be open to pursuing things with Jay, or will she stick with Jacques?