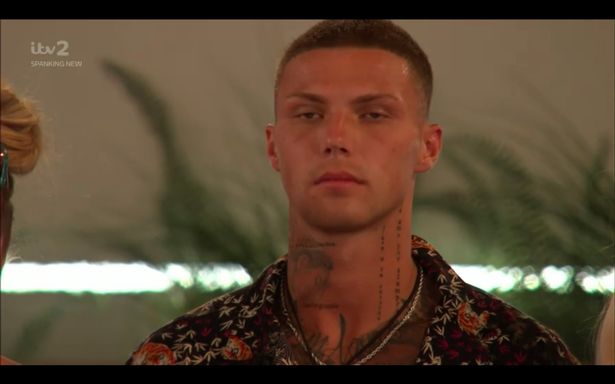 Love Island aired the result of the brutal double dumping on Wednesday night, as not one but two Islanders were voted out of the villa.

AJ Bunker and Danny Bibby were the unlucky Islanders voted out before they had the chance to find love, after six contestants were at risk.

The public had been voting for their last favourite boy and girl, and three boys and three girls learned on Tuesday night that they were at risk of leaving.

Toby, Teddy, Danny, Chloe, AJ and Lucinda were the six names at risk of being dumped, and there was nothing they could do about it.

Shortly after, Aaron Francis received a text which read: “Aaron, Liam, Jake and Hugo. You must now decide which girl to dump.”

So the girls soon gathered to discuss the fate of the three boys, and the guys did the same for the unsafe girls.

It’s then that the results were announced back at the fire pit, and AJ and Danny’s fates were sealed.

The girls confirmed they were sending home Danny, and keeping Toby and Teddy on the show.

Meanwhile, the boys opted to send home AJ, deciding to keep Lucinda and Chloe in the villa for a little longer.