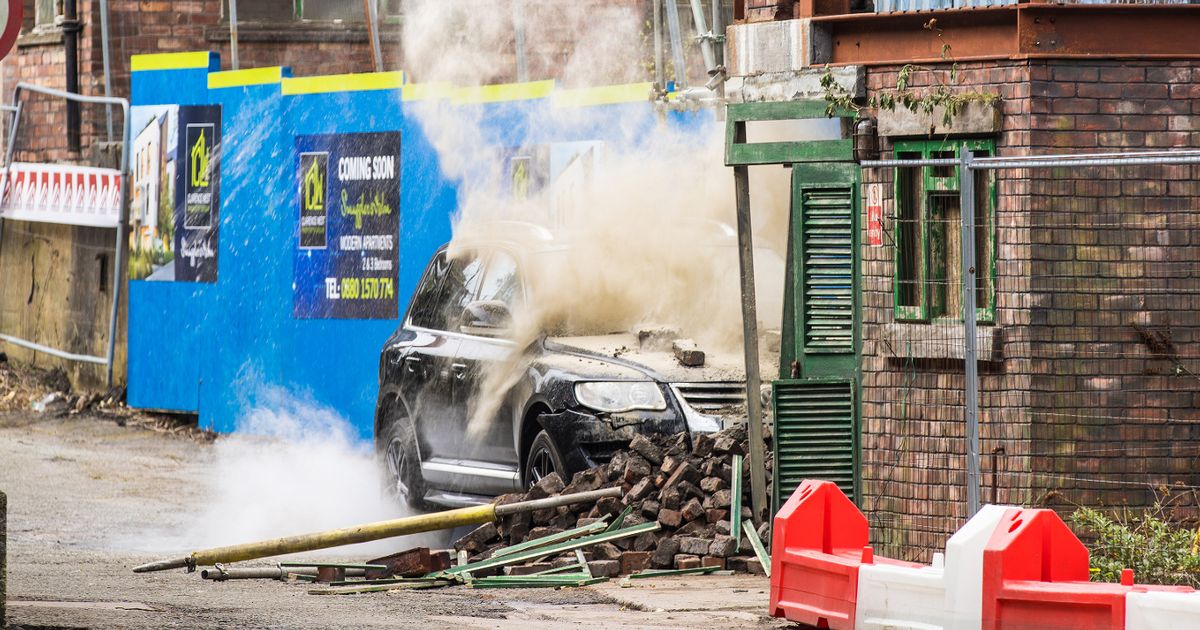 Coronation Street spoilers promise tension and drama on the street next week, as choices and actions could have huge consequences

Coronation Street fans can expect big scenes on the ITV soap next week, in the fallout to this week’s crash stunt horror.

The consequences of the crash are really felt, as Corrie residents are left reeling over what has happened – and suspicions are raised.

There’s also big trouble ahead for Aadi Alahan who risks his future when he covers for Summer Spellman.

Cathy Matthews struggles with how things are going, while George Shuttleworth is forced to face his past when a newcomer arrives.

Here’s all the details on the big week ahead, and which characters will take centre stage…

Coronation Street residents are left reeling next week, as the investigation into the crash continues
(

Coronation Street residents are left reeling next week, as the investigation into the crash continues.

Investigating officers want answers as they still look into the circumstances around the deadly accident, involving Toyah Battersby and Imran Habeeb.

As the week goes on, suspicions rise over the cause of the crash and who was to blame.

Towards the end of the week, police continue to investigate the circumstances surrounding the crash as they work to solve the case.

Aadi Alahan will risk his own future

Aadi Alahan will risk his own future as he covers for crush Summer Spellman on Coronation Street next week.

The pressure continues to mount for Summer as she struggles to cope and confides in Asha that the exam board is still looking into her appeal.

After revealing that it’s up to her whether or not she chooses to sit her final exam, Summer takes her mind off things by heading for lunch with Aaron.

However, she’s unexpectedly touched when Aadi offers her his set of homemade revision cards.

It’s crunch time in the exam room and she unzips her blood sugar testing kit – in which she’s secretly stashed Aadi’s revision cards.

Summer is left panicking when the invigilator heads over and pretends she needs to test her sugar levels.

But when she opens her bag outside, she’s horrified when she realises the cards are missing. It turns out that she left them in the exam room, where the invigilator discovers them and recognises the handwriting as Aadi’s.

He’s bundled out of the room and as Summer heads off, she overhears Mrs Crawshaw letting rip at Aadi for cheating. Will she admit the truth?

George faces his past

Coronation Street’s George Shuttleworth faces upset next week on the ITV soap, according to new spoilers.

The character is forced to face his past, as he unexpectedly comes face-to-face with someone he knew years ago.

It seems to be someone from his school days, and it’s clear he’s not happy to see him.

Next week, George is introduced to Sean’s new love interest Frank – but it’s revealed the pair already know each other.

Eileen and George meet with Sean and Frank in the pub, but George is soon flustered and it becomes clear to Sean that they share a history.

Spoilers do not reveal what Frank did to George, but it seems to be from when they were teenagers – and it appears they haven’t seen each other since.

As Frank’s actions come to light, Eileen asks him to find George and apologise to him for whatever it is he did all those years ago.

Frank apologises to George for any upset he caused in the past, and decides to make amends by asking him and Eileen to join him and Sean for dinner to bury the hatchet.

Coronation Street airs a discovery for Cathy Matthews next week on the ITV soap, that could lead to her Weatherfield exit.

Actress Melanie Hill confirmed she was stepping back from her soap role earlier this month in a chat with The Mirror.

Now, it seems things go awry for Cathy and her partner Brian Packham and this could lead to her decision to leave.

After getting dressed up, she’s gutted when he takes her beer tasting at the local pub, The Rovers.

Then the next day, she’s left stunned by a discovery she makes after spotting some papers in his bag.

Her face falls, but what has she seen and will it spell the end of her and Brian for good?