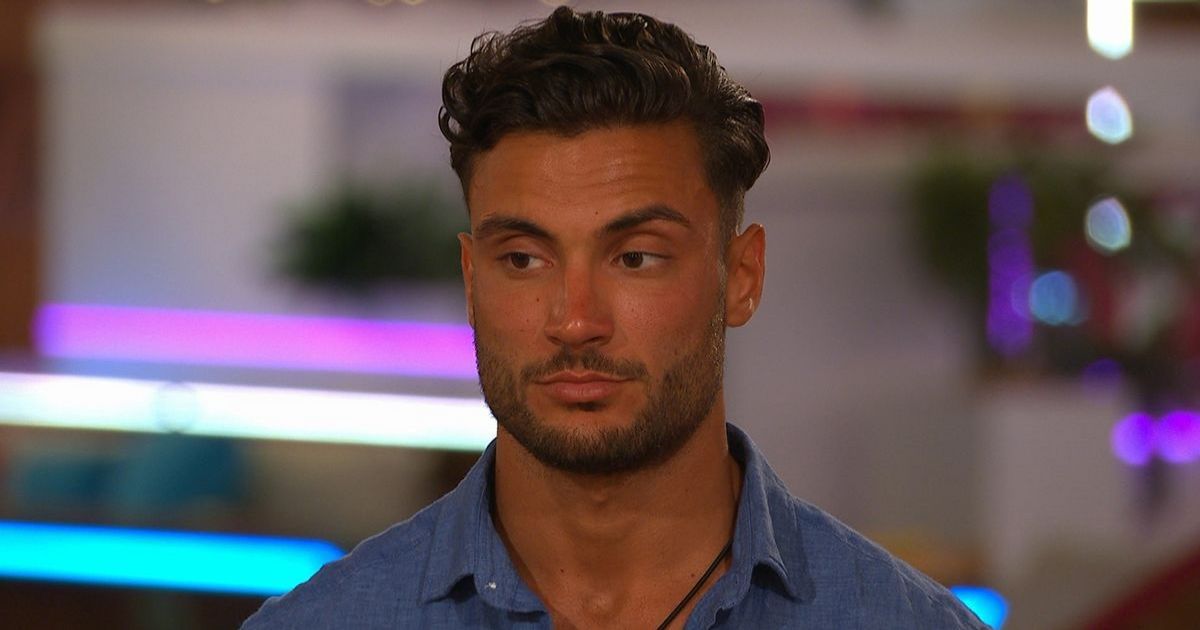 Love Island: Davide chooses to couple up with Gemma

Love Island fans have been left fuming at Davide Sanclimenti for picking the ‘wrong girl’ to couple up with.

As the show ended tonight, Davide revealed he had chosen to couple up with Gemma Owen, 19, leaving her former partner Liam Llewelyn vulnerable as he was now made to the single one in the villa.

Davide entered the show later than the others last night, with the public already having selected who they wanted to partner up to start off the series. Gemma was paired with Liam, but when Davide entered, he made no secret of the fact he liked her.

Davide gathered the girls and boys around the firepit
(

During an intense day of flirting, Davide set his sights on one of three girls – Gemma, Tasha Ghouri and Paige Thorne – but ultimately he decided to go with Gemma and a new couple was formed.

Fans tuning into the show tonight were left fuming by his choice, slamming his decision.

“Gemma and Davide don’t look good together i just had to say it #LoveIsland,” one angry fan wrote.

Another added: “Who hopes Davide fancies the new girls more than Gemma… #LoveIsland,” as a third penned: “Gemma is so attached to Davide, it’s so weird, they won’t last an hour with one another.”

During the day, Davide had been working his way around the villa as he decided who to couple up with. He chatted at length with Gemma as he called her beautiful and asked her what she looks for in a man.

She shared how her ideal type was “tall, dark features, muscly and nice teeth,” to which Davide then said was exactly him. She also told him he was “keeping his cards close to his chest” as she tried to ask him if he’d be picking her.