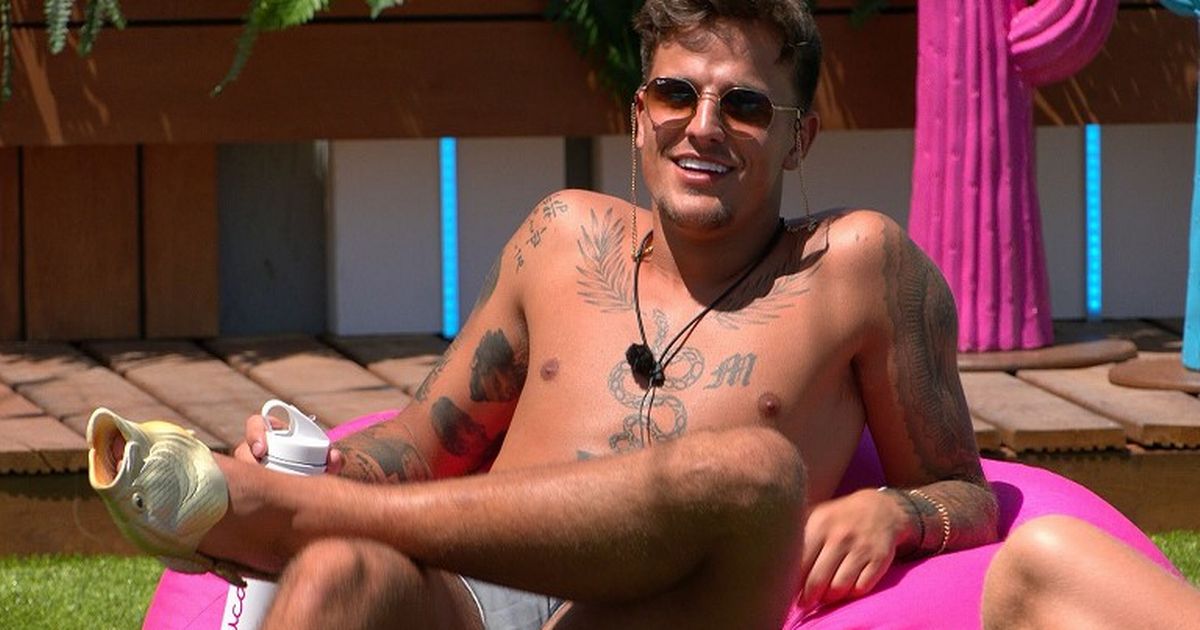 Love Island: Luca asks Davide if anything happened in bed with Gemma

Love Island fans believe contestants Luca Bish and Davide Sanclimenti are set for a bromance on the show after noticing tensions between the pair in Wednesday’s episode.

Although the boys weren’t seen to be particularly getting on, Luca, 23, still namedropped 27-year old Davide on several occasions in conversation.

Viewers flocked to social media afterwards to offer their thoughts on their chemistry.

One Twitter user commented: “The couple with the most chemistry is actually Luca and Davide. Luca is obsessed!”

Another joked: “Luca fancies Davide more than any of them in there. Every other word is about him!”

A third added: “Can Luca go ten minutes without mentioning anything pertaining to Davide?”

Davide is currently coupled up with Gemma
(

A fourth replied: “Gemma is so boring. OMG Davide just run off into the sunset with Luca. He would at least make you laugh.”

After entering the villa after his fellow contestants, Davide chose to couple up with with Gemma Owen on Tuesday after she had initially been paired with Liam Llewellyn by the voting public.

Life in the villa could get more complicated on Thursday with new arrivals Afia Tonkmore and Ekin-Su Cülcüloğlu set to ruffle feathers in Majorca.

The men became immediate rivals upon entering the villa on Monday as they both vied for the affections of the Yorkshire model, but Luca was left heartbroken when she coupled up with Andrew instead.

While Tasha and Luca have both agreed they want to get to know each other more, despite being coupled up with other people, viewers were left gobsmacked when it was revealed Andrew had been trying to scupper his rival’s chances.

Luca asks Davide if anything happened in bed with Gemma

During Wednesday night’s episode, Luca confronted Andrew, accusing him of “snaking him”, and telling porky pies to Tasha.

Tasha told Luca that Andrew had said she was not in the Brighton fishmonger’s “top three” girls in the villa, prompting Luca to try and assure Tasha that she was.

He then said he wanted to speak to Andrew, telling Paige that he had “snaked” him, and later told his love rival that he was “fuming”.

“If you were my mate outside I’d be absolutely fuming… You might have felt threatened… I’d never ever dog a boy out to get a girl,” Luca fired.

Andrew apologised, however, and said he “wasn’t thinking straight”, adding: “Completely from the bottom of my heart I say I’m sorry. Honest, swear to God.”