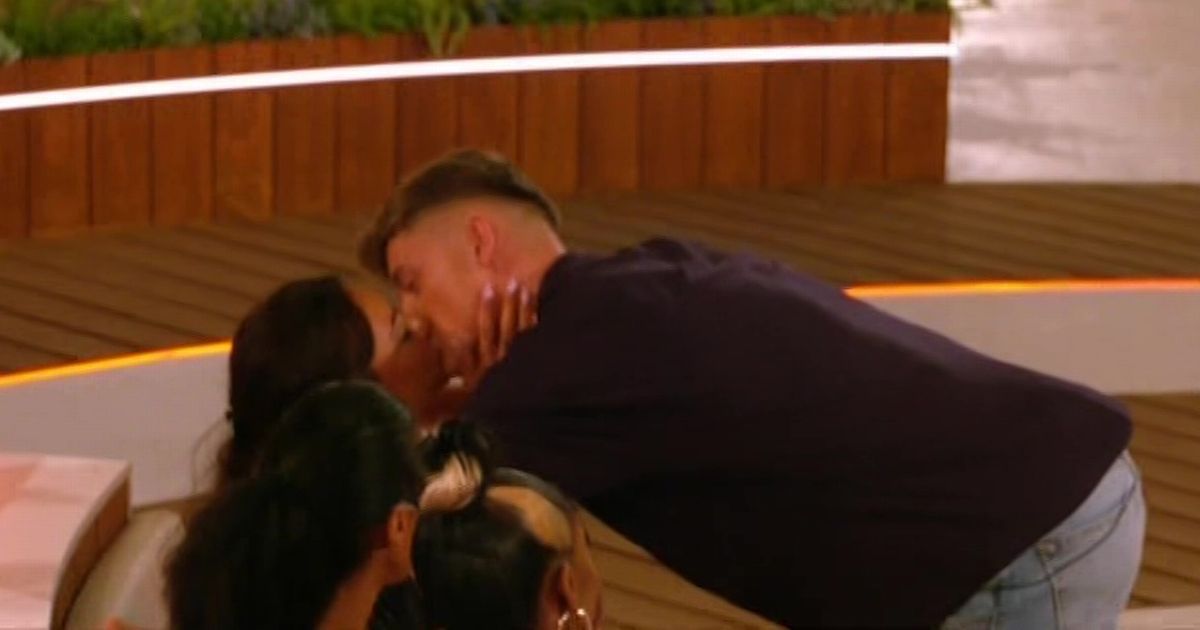 Before announcing his shock departure from Love Island after just one week in the villa, Liam proved he made the most of his time on the show after ‘necking on’ with all five girls

Love Island hunk Liam Llewellyn may have seemed like the ‘quiet boy’ in the villa before his sudden exit as he had his eyes firmly set on babe Gemma Owen.

But the Welsh islander made moves on all five girls before he departed the villa on Friday.

ITV2 viewers were left in disbelief as they tuned into Love Island Unseen Bits on Saturday night following his shock exit as producers let us in on all the behind-the-scenes action that was cut out of the hour-long weekly episodes.

Earlier this week, the islanders got to know one another better in a cheeky game of truth or dare.

On Tuesday night, after Liam confessed he had the hots for Gemma, his dreams of making her his lady were crushed when Italian hunk Davide waltzed into the villa – and during the risqué game of truth or dare, Gemma made it clear that she fancied Davide by planting a huge kiss on his lips.

Liam made it his business to kiss all five girls
(

Viewers felt for Liam as he looked glum following the unexpected smooch.

But what they didn’t see was what happened afterwards when Liam ‘necked on’ with all five girls – Gemma, Paige, Indiyah, Amber, and Tasha.

The Welsh student was asked to kiss the two girls he found most attractive, however, after some deliberation, he realised that he simply couldn’t choose just two girls – because he found them all ‘so hot’.

Liam ‘necked on’ with all the girls for the dare
(

Instead, Liam made his way around the fire-pit as he walked from girl to girl, kissing each one before sitting back down with a huge smile on his face.

“Liam was a dark horse all along. That boy has got serious charm,” one wrote.

He made his way around the firepit
(

“Little Liam knew what he was doing there. Fair play man,” someone else chimed.

It comes after Liam, who has been studying Strength and Conditioning – explained why he decided to quit the ITV2 show, leaving his fellow Islanders in shock as he called them all around the firepit to break the news.

He gathered everyone around to explain his decision – admitting he hadn’t quite gelled with anyone after splitting from Gemma Owen, who coupled up with Davide, and then neither of the bombshells – Ekin-Su or Afia – seemed to take a shine to him.

Speaking to his fellow Islanders, he said: “Obviously we all came here for the same sort of reason, but I haven’t been giving 100 per cent Liam. I know what 100 per cent Liam is and I’m miles off that.

“Trying to find someone you leave the villa with that you love, that’s the goal. But when you’re not feeling that, it makes it a very hard sort of time to find that. I’ve been thinking long and hard, it isn’t spur of the moment, so I’ve made a decision I’m going to leave the villa.

He then made a sweet gesture to his fellow Islanders as he told them how much he would miss them.

“You are all unreal. I’ve had an absolute ball,” he added, leaving most of them in tears as he explained his decision to quit the show – even though it had only been a few days.