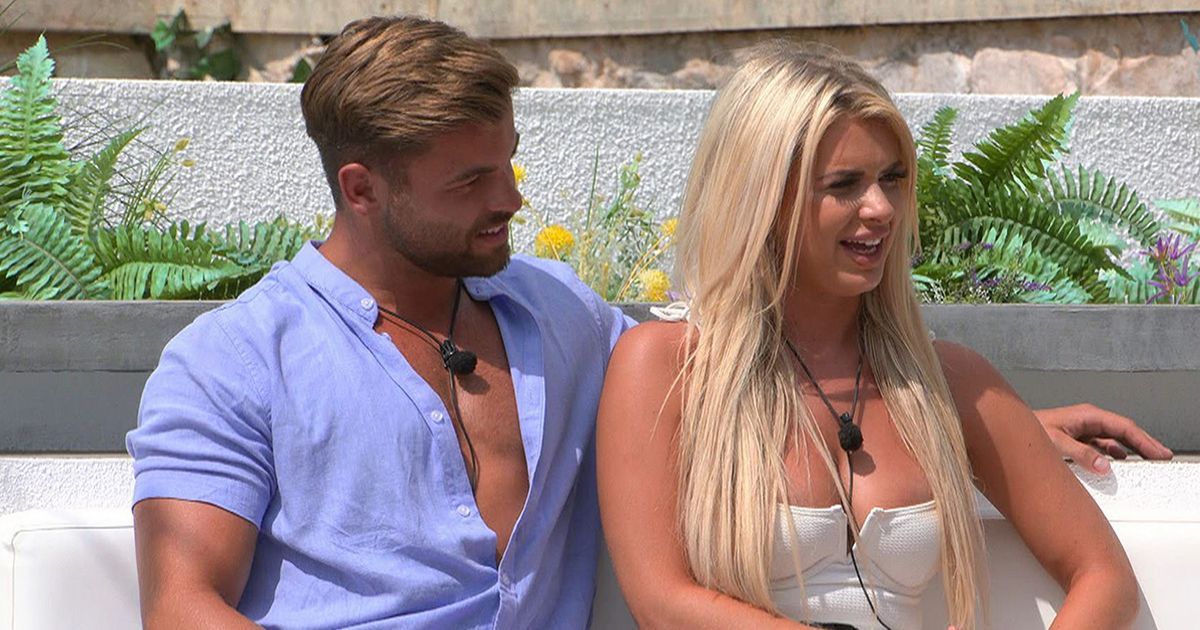 It’s believed that one more couple would have been eliminated ahead of Monday night’s grand finale of the 2021 series.

However, on Friday’s episode Liberty told Jake that she would be leaving following their break-up, and he decided to follow in her footsteps.

That left just four couples living in the villa – the amount there usually is on the night of the final.

A new teaser clip of Sunday night’s episode shows the remaining Islanders celebrating the fact that they are finalists as they enjoy one of their final evenings together.

The Love Island 2021 finalists have been confirmed

As they all stand in the garden, Chloe Burrows receives a text which reads: “Chloe & Toby, Faye & Teddy, Kaz & Tyler and Millie & Liam, Congratulations you’ve all reached the Love Island 2021 Final #finalfling #couplegoals.”

Chloe is competing for the epic £50,000 prize alongside partner Toby Aromolaran, and it seems she’s already got marriage on her mind.

During Sunday’s episode, Chloe and Toby are invited to enjoy an Alice in Wonderland themed date in the woods with one another.

As the pair engage in a romantic conversation, Chloe tells him: “I’ve never had something like this before… I can always be myself, I’m secure and comfortable. It’s the best thing ever.”

Toby replies: “If someone was to come up to me and say, ‘Who is Chloe to you?’”

During Sunday’s episode, Chloe and Toby are invited to enjoy an Alice in Wonderland themed date in the woods
(

“I think we’re properly meant for each other,” Chloe then adds as the pair continue to enjoy their epic date.

Love Island continues tonight at 9pm on ITV2. Episodes are available the following morning on BritBox.