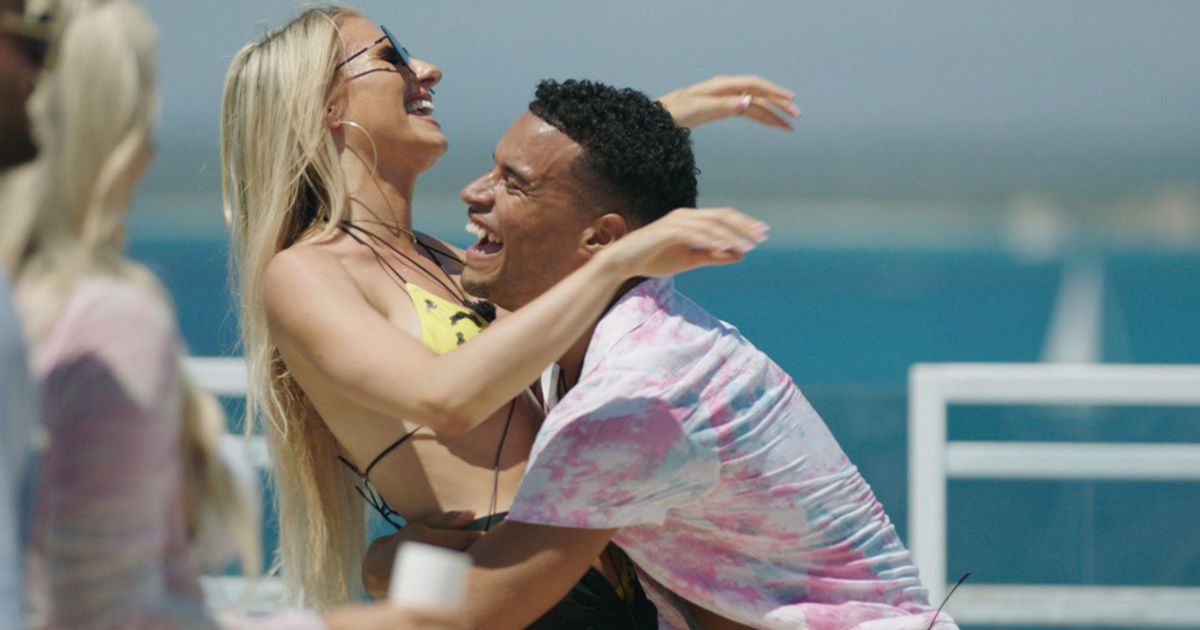 ITV2 has released a glimpse of the latest Love Island, which is set to return to our screens this summer, amid rumours that producers are going to shake things up this year

Love Island 2022 is just around the corner, promising fans another summer of love.

ITV2 has released a new trailer for Love Island, as the hit dating show prepares for its eighth series.

The colourful video takes a cheeky swipe at rival dating shows such as First Dates, Celebs Go Dating and Ex On The Beach.

The ad starts with Love Island’s narrator Iain Stirling bidding farewell to blind dates and weekends away and says: “That’s right, the ogs of love are here, letting you know that this summer, love is ours.”

He later says “stand down French maître d'” and a TV screen with the show title Naked Celebs Go Dating On A Beach is squashed by a cartoon pink trainer.

Love Island returns this June on ITV2 and ITV Hub

The trailer ends with a nod to last year’s winner Millie Court, as a cartoon of a blonde woman in a pink dress sits at the piano in reference to her hilarious musical turn on the show.

The ad is currently available to watch on social media and will air on ITV tonight before Briton’s Got Talent.

Excited fans have already been reacting to the video on Twitter.

One person said: “I am SO ready for this!!! Another summer of love!!!”

Another commented: “Yes!! You can call me sad but can’t wait!”

The reality show giant has seen 224 islanders take part since it first aired in June 2015.

It will soon be back on our screens, with Laura Whitmore returning to help singles find love in the villa.

ITV2 said: “Love Island is the OG of dating shows and after 7 years of matchmaking, marriages and babies – for 8 weeks this summer, we’re officially owning love.

“So stand down all you pretenders – Love Is Ours.”

New photos have also emerged which show the new villa under renovation by builders to make it camera ready for the latest series.

The six-bedroom property can be found in the show’s original location of Majorca.

This refresh follows the news that producers have switched up the contestant recruitment process, urging non-binary individuals to apply for the show.

Love Island is set to return in June on ITV2 and ITV Hub.