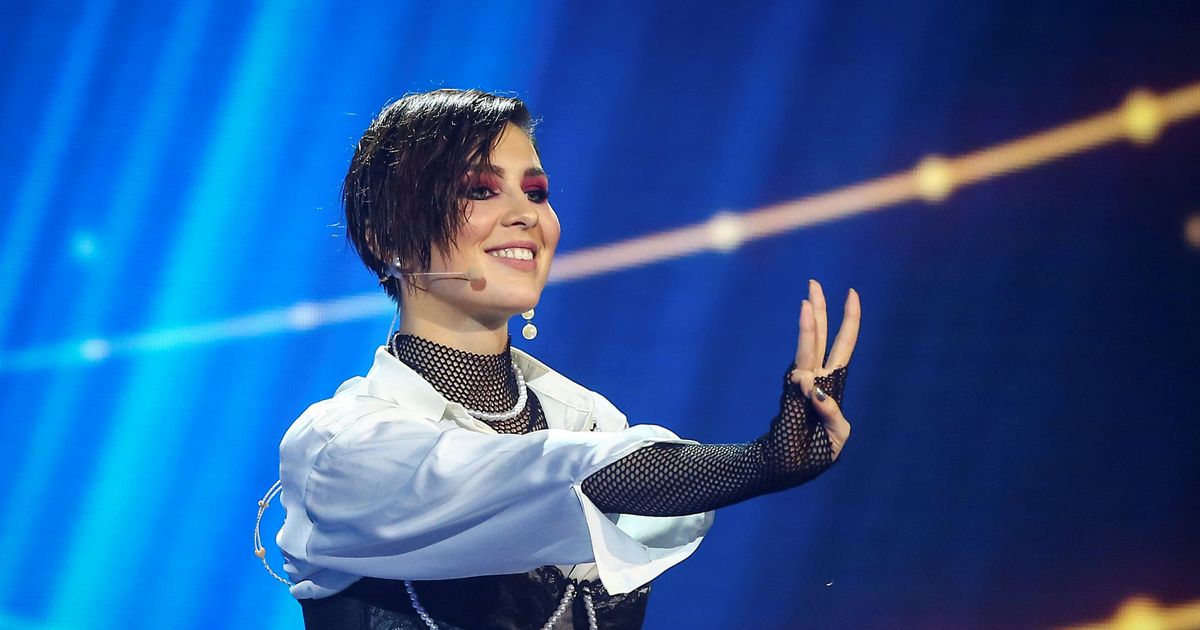 The live final of this year’s Eurovision Song Contest is just hours away and is set to be watched by millions of people across the world.

However, behind the ridiculous songs and ludicrous costumes, there’s a dark side to the world-famous competition – perhaps not surprising given the political tensions often lurking beneath events.

In the past few years, the contest has been embroiled in rows over political anti-protest songs, allegations of drug taking and cheating accusations to name just a few. With that in mind, here’s a look at some of the scandals that have hit Eurovision in recent years.

Ukrainian singer Anna Korsun, known by the stage name MARUV, pulled out in 2019
(

In 2019, Ukraine pulled out of the Eurovision after its selection process became embroiled in a political row over performing in Russia.

Pop singer Maruv had won the public vote but decided to withdraw from the contest, saying she refused to be a ‘political tool.’

The Mirror reported that the singer, 31, said she had been asked to sign a contract saying she would not perform gigs in Russia in the lead-up to the competition.

Maruv, real name Anna Korsun, said she was willing to accept this condition, but claimed other clauses would have made her a ‘tool’ for propaganda.

She said in a statement: “I am a musician, rather than a tool of the the political stage.”

After Maruv pulled out of the contest, the second and third placed contest were both asked to step in – but both declined.

Belarus was banned from Eurovision last year over its choice to submit political anti-protest songs.

The country has been cracking down on anti-government protests, which have been taking place against president Alexander Lukashenko.

Dubbed I Will Teach You, the track included the lines “I’ll teach you to walk on a string / You will be happy about everything… I will teach you to toe the line”, which was deemed to have included “subliminal political undertones and meanings”.

A second song was also said to be overly political and Belarus was later booted from the competition after refusing to rewrite the song or find another entry.

The Mirror reported in 2021 that Minister Carmelo Abela ordered an audit of the spending after the board of Malta’s broadcaster PBS, which is responsible for the entry, raised fears of “financial mismanagement”.

Sources said one PBS insider admitted that part of the budget was spent on financing foreign nationals placing bets on Destiny, the Times of Malta reported.

One Eurovision betting expert said at the time: “It’s claimed Malta was ploughing money into Betfair to keep Destiny as favourite.

Malta ended up finishing in 7th place with 255 points.

Metal rock band Måneskin were crowned champions during last year’s Eurovision, storming to victory over France’s Barbara Pravi and Switzerland’s Gjon’s Tears thanks to votes from the public.

Their triumphant moment was somewhat overshadowed however when Damiano was falsely accused of taking illegal drugs during the live final by viewers, who spotted him lowering his head behind a bucket of drinks.

The band quickly took to their official Instagram account to deny Damiano had done drugs, writing: “We really are AGAINST drugs and we never used cocaine. We are ready to get [tested], cause we have nothing to hide.”

True to their word, Damiano later passed his drugs test, with Eurovision’s organisers saying in a statement: “No drug use took place in the Green Room and we consider the matter closed.

“We are alarmed that inaccurate speculation leading to fake news has overshadowed the spirit and the outcome of the event and unfairly affected the band.”