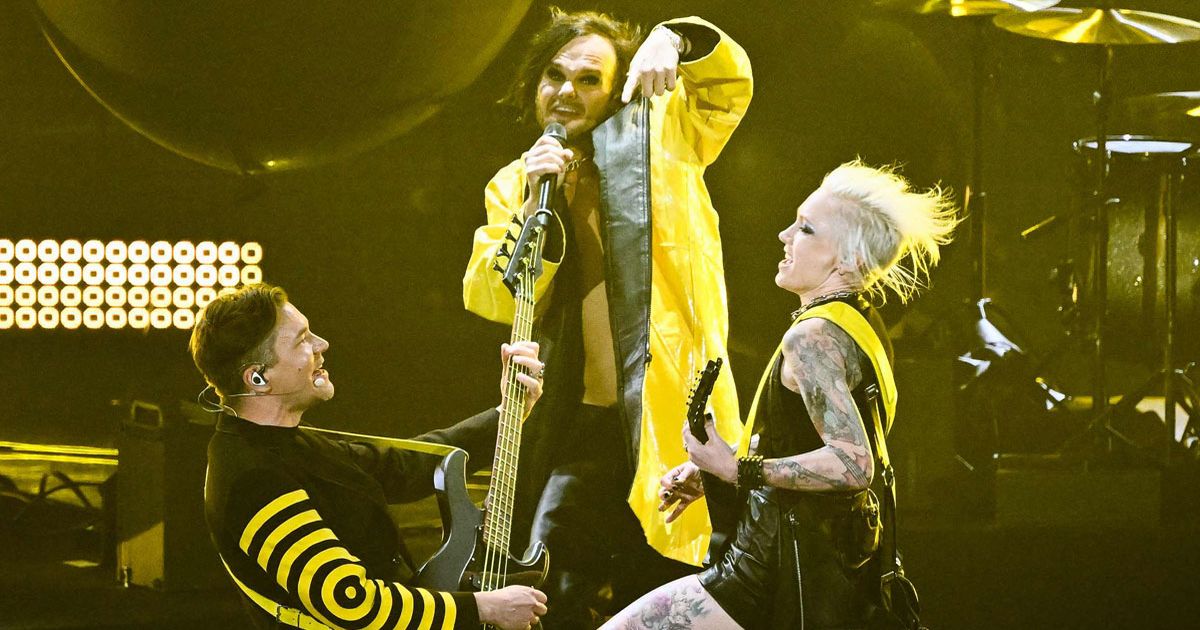 Eurovision 2022 fans were in meltdown on Saturday night, as a band famous in the 00s returned for a nostalgic performance.

While they sang a brand new track, Finland’s entry The Rasmus were recognisable to viewers tuning in.

They reached number three in the UK chart back in 2004 with their biggest hit In The Shadows.

On Saturday night, the band performed a new rock track called Jezebel which went down a treat with the crowd and viewers at home.

But some viewers were in disbelief over seeing the 00s favourites back on stage singing, with many confessing it took them way back.

Eurovision 2022 fans were in meltdown on Saturday night, as a band famous in the 00s returned for a nostalgic performance
(

Praising the “throwback”, viewers took to Twitter over the “nice surprise” as they loved seeing the group back on stage.

One viewer said: “Omg seeing the Rasmus on Eurovision is giving me so much life!! Taking me back to my youth!”

A second added: “the rasmus omg what a throwback the best song so far let’s be real.”

The comments kept on coming too, with another reading: “OMG! Finland sent the Rasmus!!! What a nice surprise! I loved this group when I was younger! 12 points from me!”

Another said: “The Rasmus at Eurovision, omg I’m feeling young again,” with a further tweet also reading: “the rasmus woah I’m nostalgic of the 2000s now.”

The Mirror caught up with the group’s lead singer Lauri Ylönen before their performance, and discussed their big stage return.

They told us: “It feels great. We suffered, like every one of us suffered, during Covid times – nothing to do, no concerts.

“So this was like a great idea from me to join this craziness of Eurovision. Ever since last summer, I got this idea, I wrote the song and I start thinking about the competition at the same time and kind of building my mindset to watch this moment, and having the goal in Italy, in Turin.

“It was very good because I was really about to lose my mind because of Covid and all the things that went wrong.

“Our guitarist he left the band. [connection issue] We found a new guitarist, Emilia, she is wonderful, and all of a sudden all the pieces came together and formed this new Rasmus.”

The Eurovision Song Contest 2022 is available to watch on BBC iPlayer.