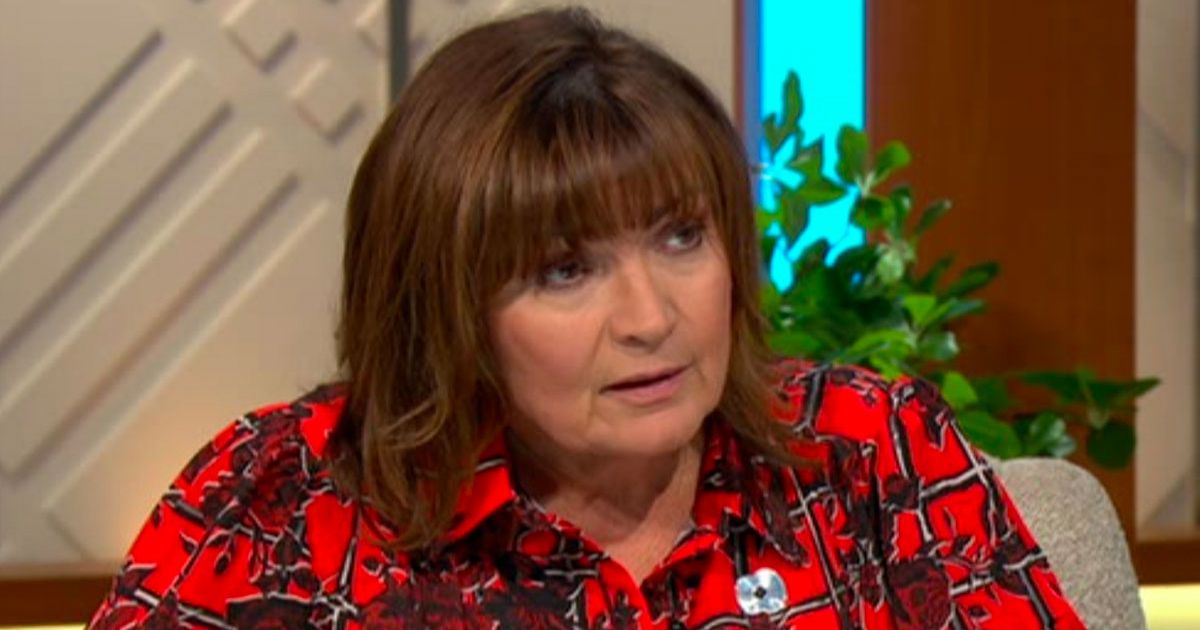 TV presenter Lorraine Kelly, 61, was joined by the Mirror’s Russell Myers as they discussed the Duke and Duchess of Sussex’s TV appearances in the US

Meghan and Harry: Palace ‘wary’ of use of titles in US politics

Lorraine Kelly has suggested that Prince Harry and Meghan Markle could reach a “tipping point” where they are forced to give up their royal titles.

The TV presenter, 61, was joined by the Mirror’s Russell Myers as they discussed the Duke and Duchess of Sussex’s TV appearances in the US.

She explained: “I’ve always said it was very sad.

“I totally get where they’re coming from, its a difficult one, I think there will be a tipping point where they will have to give up their titles if they want to go into politics or do more.

“The issue is they banned a lot of the press who were unfriendly to them, and if you’re not prepared to take criticism, you need to take a look at yourself about what you’re doing,” Russell responded. “Surely you’re better changing things from the inside rather than the outside in.”

It comes after Meghan said that she feels “much better” after admitting she suffered suicidal thoughts while pregnant with son Archie.

Speaking to host Andrew Ross Sorkin on Tuesday, she said stepping back from royal duties has lead to an improvement in her mental health.

Mr Sorkin said there was a “moment when a lot of the world” was concerned and wondering about the comments she made.

The Duchess replied: “I’m feeling much better about everything, thank you.”

In addition to her own mental health, the ex royal spoke of having to cut out coupons as a youngster, her time working as a waitress and her recent controversial letters to Republican Senators on the issue of paid parental leave.

Meghan, clad in an all-black outfit, wore a Remembrance poppy as she was questioned for the New York Times’ DealBook summit.

During Prince Harry and Meghan’s tell-all interview with Oprah Winfrey, which aired on ITV on March 8, the couple made a series of bombshell revelations about their lives with other royals.

During the show – which was broadcast to 11.1million viewers – Meghan claimed there were “concerns” over their son Archie’s skin colour.

She also claimed that she was denied help from the Royal Family during her private struggle with her suicidal thoughts.

Harry also claimed that his father and brother, Prince Charles and William, are “trapped” in the institution of the monarchy.