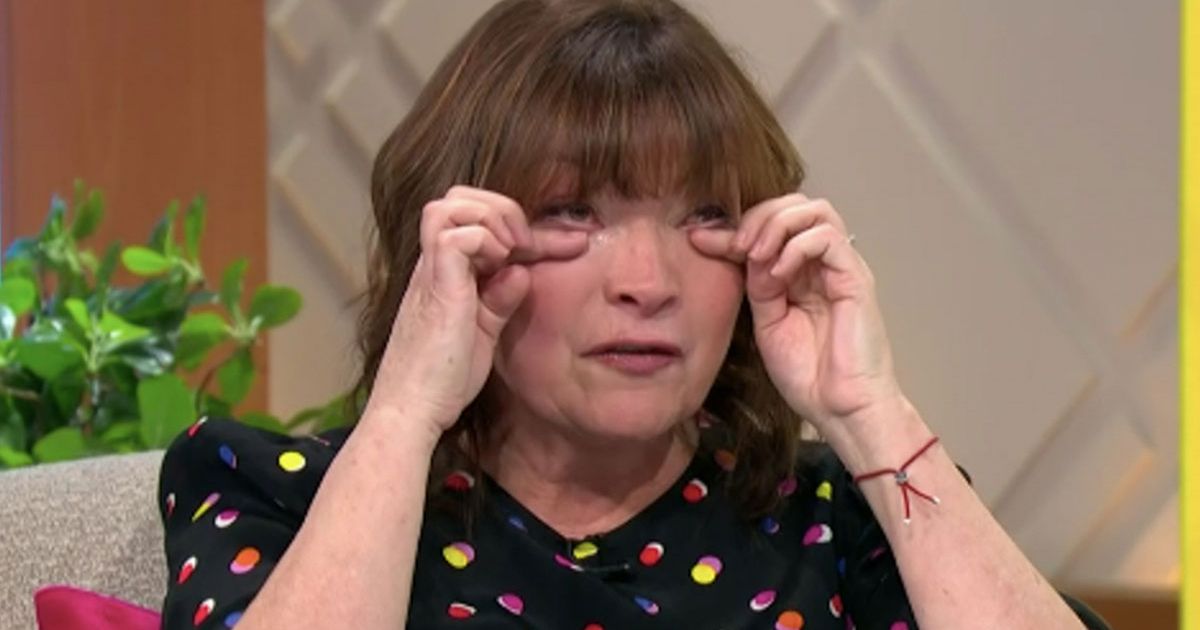 Lorraine Kelly was in tears on Friday’s edition of her show after Dr Amir Khan surprised her with a very special guest.

The mother-of-one looked rather confused when Dr Amir gatecrashed the set of her ITV programme to tell her he was there for a very special reason.

Lorraine, 62, still looked baffled as they returned from an ad break and it was finally revealed why the medical professional was really there.

As a pre-recorded ‘Friends for Life’ video flashed up on the screen, Lorraine realised that it featured her best friend Joyce.

Lorraine and Joyce have known each other since the age of 12 and have remained the best of pals ever since.

As Joyce spoke about their bond over the years, including Lorraine flying straight to Scotland as soon as Joyce’s father died, Lorraine was seen wiping away tears.

“You found a photograph of me and Auntie Joyce drinking wine! How did you manage that?!” Lorraine asked Dr Amir.

“Well to be fair that was the easiest part of all of that,” Dr Amir replied before adding: “Lorraine watching that, I think we all want to be your best friend, but that isn’t the last of the surprise, we have got someone really special here for you…”

As a pre-recorded ‘Friends for Life’ video flashed up on the screen, Lorraine realised that it featured her best friend Joyce
(

Joyce then appeared from behind a screen as Lorraine remarked: “I can’t believe you kept this from me!” before claiming she wasn’t “allowed” to hug her.

“Does this mean we can go out later?” Lorraine asked her as Joyce started speaking about their friendship.

“She was just different, she just wanted to do things in her own way,” Joyce began.

“We had already started at secondary school, you was a couple of months in so friendships had formed, and then this creature appeared!

“And she was just doing her own thing, being her own person and I thought, ‘you’re cool’,” Joyce added as Lorraine giggled.

The two women then spoke about raucous nights out and dancing on tables on Paris together.

When asked how they had kept their friendship alive all these years, Lorraine said: “I think when you’ve got a connection with somebody…. it’s like what you said, I don’t have a sister and you don’t have a sister, but I do really coz I’ve got you. I can’t believe you kept this from me!”