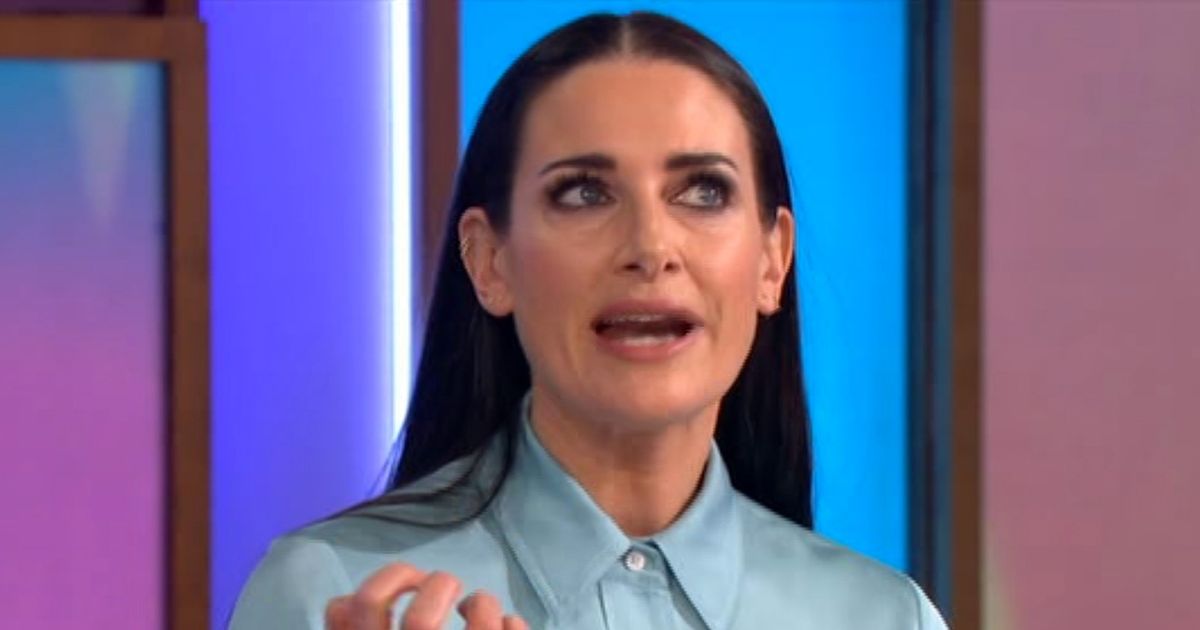 Kirsty Gallacher has opened up about the life-changing hearing condition that caused her to step down from her GB News presenting role.

The 45-year-old TV star took a step back to focus on her health after discovering a tumour in her ear.

During an appearance on Loose Women on Friday, the much-loved TV star revealed that her hearing loss came about incredibly suddenly when she ‘woke up one morning’ and her hearing was ‘muffled’ in one of her ears.

Kirsty said at first, she thought the hearing loss was a symptom of an oncoming cold – but when she took a flight a week later and her ear still didn’t pop, she knew something was wrong.

She then booked an appointment with her GP who told her that a tumour had been discovered in her ear following further tests.

Kirsty opened up about her tinnitus battle
(

While her tumour is benign, it has caused her severe tinnitus.

During her honest chat on Loose Women, Kirsty said she knew she needed to step down from her role on GB News because her hearing loss and the constant ‘buzzing’ sound in her ears were effecting her.

Kirsty also said that the ‘sleep deprivation’ from the 3am starts at GB News exacerbated her symptoms.

“I was doing early morning on a breakfast show and I was getting up at 2.45 in the morning,” Kirsty started.

“And, so you know, that’s not pleasant anyway. But my sleep has been affected because if you wake up in the night anyway, it’s quite difficult to get back to sleep. If you focus on the noise and it’s silent, I often can’t get back to sleep for two more hours.

“So actually, I can’t function like that – as a single working mum, doing a breakfast show. I had to just politely say that I was dealing with something and I really couldn’t work at that time of day. I think that was fair enough.”

Following her appearance on Loose Women, viewers flocked to praise Kirsty for making the decision to put her physical and mental health first before work.

“Kirsty is an inspiration if you ask me. She’s doing such a good job of spreading awareness for tinnitus,” one viewer gushed.

“It must be so hard to live with tinnitus after just waking up one day with it. Loved listening to Kirsty tell her story on Loose Women,” another echoed.

Another chimed: “Kirsty spoke so well about her troubles. She’s an amazing woman.”

Meanwhile, a fourth tweeted: “I miss Kirsty on GB News but glad that she’s taken a step back for herself.”

Last year, Kirsty revealed that she would be stepping away from her GB News role in an announcement which she posted on Instagram.

At the time, she penned: “During the summer I discovered I have a tumour in the inner canal of my right ear. Thankfully, it’s benign and not hugely detrimental to my normal life.

The star is hoping to spread awareness about tinnitus
(

“However, the tumour has caused severe tinnitis which makes it difficult to sleep. Sadly my 3am starts at GB News, compounded by sleep deprivation, are exacerbating my symptoms.

“I’ve taken the difficult decision to step back from my role on the Great British Breakfast while I focus on my health. GB News has been incredibly supportive of me and I look forward to returning to the channel as soon as I can.

“As I adjust to managing my condition, I will carry on my less disruptive work commitments and continue maintaining a healthy lifestyle and training so I can get back to my normal routine quickly.”