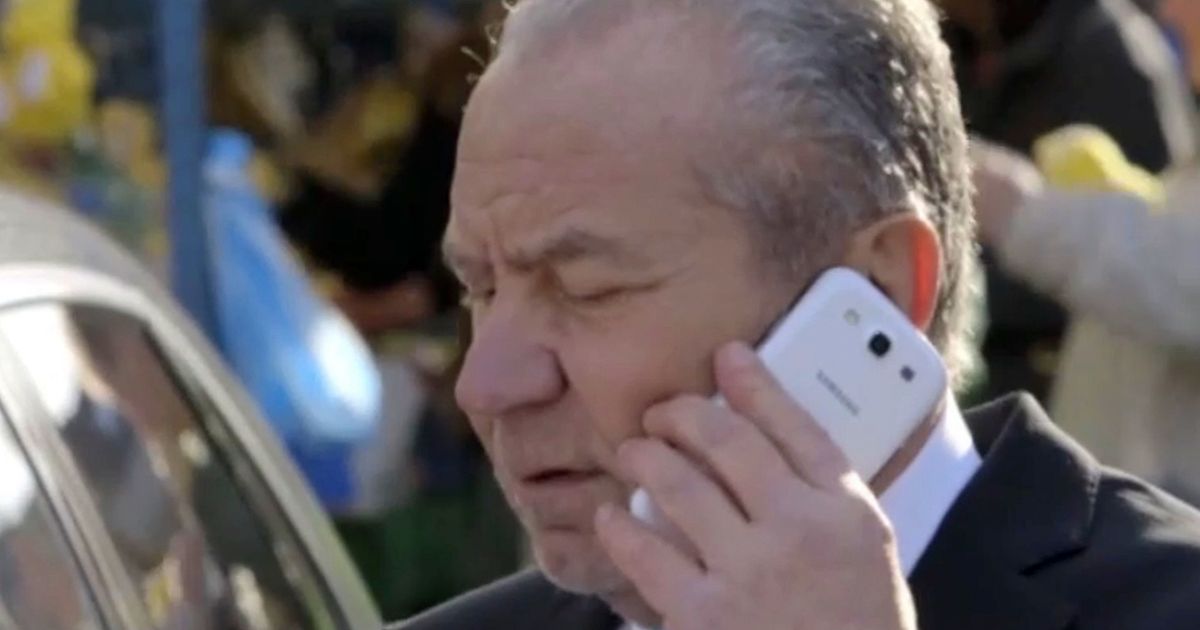 Lord Alan Sugar has something to say about Janine Butcher’s plan on EastEnders.

The Apprentice star has fumed at the BBC One soap’s villain Janine – played by Charlie Brooks – over her plan to steal Mick Carter (Danny Dyer) from his estranged wife Linda Carter (Kellie Bright).

Lord Sugar is a self-confessed EastEnders fan and even made a brief appearance on the BBC One soap back in 2012 for Children in Need and regularly gives his harsh opinions on the characters’ decisions.

Taking to Twitter, he gave his verdict on the latest episode, which saw Janine continue to meddle in Mick’s love life.

Janine and Mick have been growing close

“That Janine is a real b***h messing it up for Mick and Linda,” he fumed on social media as he caught up on the episode.

Giving his verdict on Stacey Slater’s Christmas, he added: “Oh dear Stacey looks like she won’t be the market manager.”

After his most recent comments, fans took to social media to joke about his verdict on the soap’s plots.

“Cracks me up whenever Lord Sugar tweets about Eastenders lol,” one wrote.

A second added: “Yeah you know it’s not real right?,” whilst a third penned: “I love all your EEs comments. Always agree with them.”

Others called for him to have a permanent role on the BBC One show.

“Would you accept a part in Eastenders if offered? Maybe buy the Queen Vic, casually walk in, order a drink and as it’s being handed over you point at the landlord and demand ‘You’re fired,'” one asked, recreating his famous The Apprentice catchphrase.

Lord Sugar once appeared on EastEnders

Lord Sugar has a close family tie to the show, with his actress niece Rita Simons appearing on the BBC One soap for several years as Roxy Mitchell before her character was killed off in 2017.

Writing on Twitter, he fumed over the storyline as he penned: “I can’t believe the lawyer Gray bumped off Kush. When will he get found out that’s 3 people he has done in so far. @bbceastenders.”