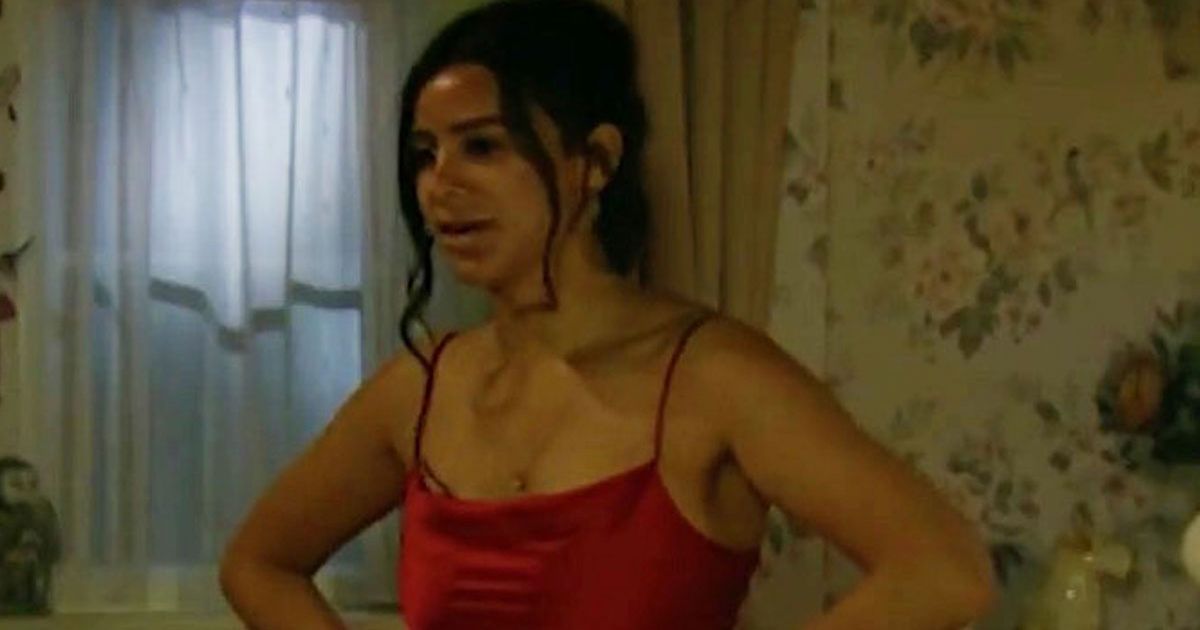 Emmerdale fans have been hooked by the Meena Jutla serial killer storyline, but they’ve also been very quick to point out various plot holes.

Thursday evening was no different as viewers tuned into the latest episode of the ITV soap and saw Meena continue to torture her older sister Manpreet.

Earlier this week, Meena (Paige Sandhu) brought Manpreet home from hospital – after they were caught up in the Christmas Day explosion – and she’s had her tied up ever since.

Manpreet (Rebecca Sarker) has been desperately trying to convince her sibling to let her go since she confessed to all of her murders, and on Thursday she offered to help her.

“I’m a doctor, I can plead your case,” Manpreet told her, as Meena replied sarcastically: “What case? There’s nothing wrong with me.”

Manpreet continued: “There is darling, you’re just too ill to realise it. Why do such horrific things?”

“Because I like it,” Meena told her, as Manpreet replied: “It’s because you’re insane.”

However, she soon decided to change tactics and promised she would keep Meena’s huge secret and suggested they both move to Ibiza to start over.

Meena didn’t really take to the idea and was too busy getting excited about the prospect of spending New Year’s Eve with Billy after he invited her over.

She decided to try on a new red dress and modelled it for Manpreet whilst telling her she will be spending December 31 alone.

Viewers claimed the storyline was dragging on and were quick to point out a bathroom blunder when it came to Manpreet.

“Has Manpreet been for a p*ss yet? # Emmerdale,” one person asked on Twitter.

“#Emmerdale how has manpreet not needed to use the toilet yet!” someone else commented.

A third person posted: “How long can Manpreet go before needing the toilet? #Emmerdale.”

And a fourth viewer added: “Does Manpreet not need the bathroom #Emmerdale.”

Someone else joked: “Either Manpreet has a bladder of steel or she’s wearing a nappy as she’s not left that bed in yonks #Emmerdale.”

Later on in the episode, Meena gave the biggest hint yet that Vinny Dingle could be her next victim.

Speaking about there being no evidence to prove she murdered Ben Tucker, Meena said: “Speaking of which, let’s hope Vinny backs off otherwise he’ll be next for the chop!”

“Meena is so disgusting hope she’s sent down soon poor manpreet and she better not go after vinny and is so cruel to liv hope they find evidence to get her sent down #emmerdale,” one person tweeted.

Another wrote: “So #emmerdale #Meena has the following on her murder to do list – Vinny, Manpreet, Billy, Dawn and if she ever comes back, Victoria – then she might get nicked!”