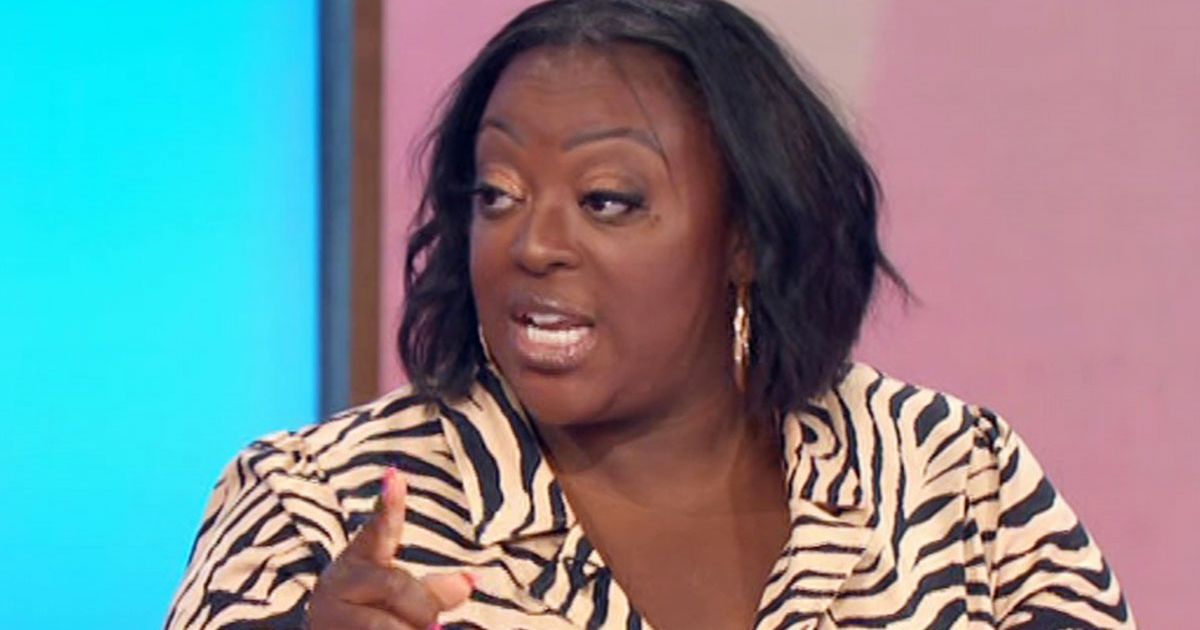 After pictures emerged of Andy Carroll in bed with another woman – just weeks before his wedding to Billi Mucklow – on Thursday, the Loose Women ladies discussed cheating and social media during Friday’s edition of the ITV show

The popular presenter, 41, slammed people she deems to be “clout chasers” and questioned people’s motives when they share certain posts to social media in order to provoke a reaction.

Judi and her ITV colleagues were discussing the recently published snaps of former Liverpool FC player Andy, 33, in bed with another woman during his stag do ahead of tying the knot with Billi Mucklow next month.

In the image, the dad-of-five can be seen passed out next to a woman named Taylor who took a picture of herself alongside the sleeping sports star, in addition to another snap of herself wearing his personalised robe.

The bar manager claims “nothing sexual happened” between herself and Andy, but friends of Billi have reportedly admitted the images have “embarrassed” the former TOWIE star so close to her wedding.

Seemingly confused to why the blonde woman who took the snaps with Andy would not only take the images, but post them to social media.

“There’s people out there who are clout chasers and they just want to get anything on [ Instagram ] and anything on social media,” Judi declared on the ITV show on Friday.

The Loose Women recreated the infamous snap for ITV viewers
(

Later in the daytime TV show, Judi’s co-host Kaye Adams revealed a poll said 96% of people would not forgive their partner if they had a “slip up” on a bachelor party, like footballer Andy.

Billi and the recently-released footballer were first rumoured to be dating back in 2014 – back when the sports star was out injured for West Ham and the mum-of-three had just quit TOWIE to focus on her yoga business.

The former reality TV star – who shares three children with the footballer, as well as helping raise his two children from a previous relationship – is often credited with helping tame football’s one-time wild child and create his new wholesome image.

Billi enjoying a drink on her hen do earlier this month
(

The pair – who have been engaged since 2014 – are due to marry in two weeks, and have recently both enjoyed hen and stag parties in Dubai

Following the snaps of Andy in bed with Billi-lookalike Taylor emerging, Billi’s pals have spoken out about Andy’s “embarrassing” behaviour.

“This is all very embarrassing with the wedding so close,” they told The Sun on Thursday night.

The source close to the couple, added how they were relieved that “nothing dreadful happened”.

The Mirror has previously approached representatives for both Andy and Billi.