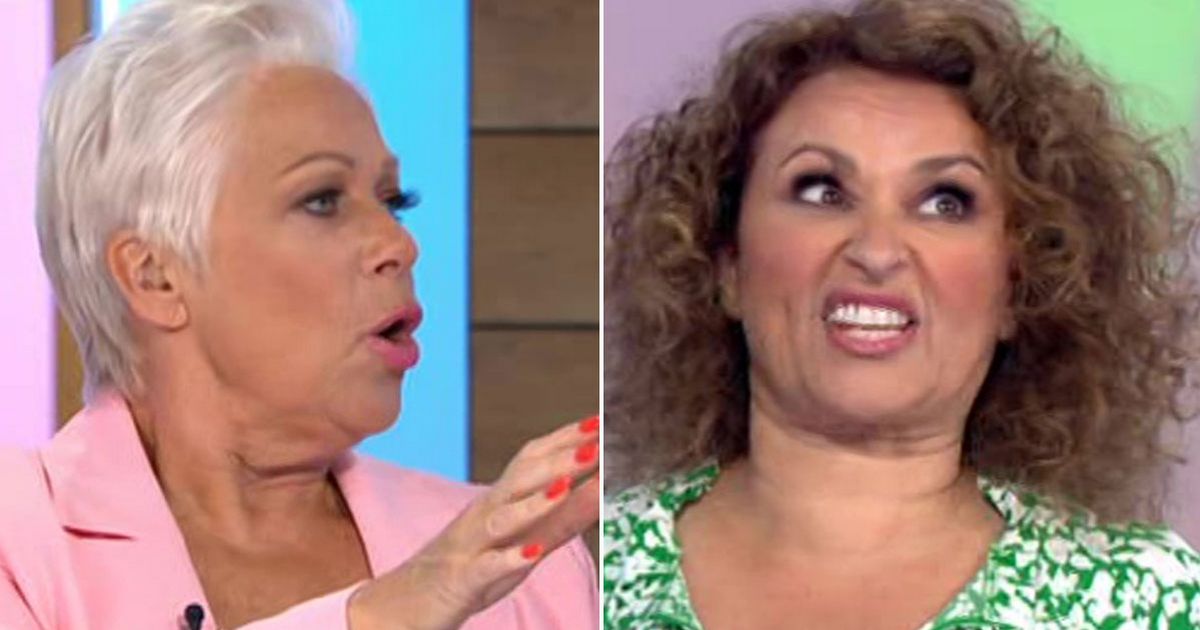 Loose Women stars Denise Welch and Nadia Sawalha went head-to-head with one another on Thursday’s show.

The two ladies were sat on the panel alongside Charlene White and Jane Moore when the conversation turned to Prince Harry and Meghan Markle.

After wishing the Queen a happy 96th birthday, Charlene asked Nadia what she made of Prince Harry’s comments during an interview with NBC’s Today Show.

Nadia, 57, began: “I think that yesterday was crossing all kinds of lines. I think today is the Queen’s bday and everyone’s gonna be talking about what did he mean.

“If it was purposeful, I don’t think that was fair to his Nan on her birthday, because as he said, it was a private tea, and then to suggest to all the other people that would love his nan, that none of them could protect her and none of them could look after her…

“If he was my brother or my nephew or my grandson, I’d be really put out because what I’m trying to think of this is just family, and that family stuff should be kept private,” Nadia added.

Denise then piped up and said: “They’re not just a normal family and I honestly disagree with you completely about that. You’ve gotta remember everybody says, ‘well stop talking about them then Harry if you’re not the royal family anymore!’

“Do you think that anybody in this world doesn’t talk to Prince Harry about the royal family? I think it might have been a bit loaded, but the fact is he said we have a laugh and we love each other and that is for none of us to dispute that that’s what his relationship with the Queen is.

“He said, ‘I’m just making sure the right people are around her’, I think that probably was loaded and quite rightly so!” Denise added, as Nadia butted in and asked: “But why?!”

“#LooseWomen for goodness sake can you talk one at a time. It’s like listening to white noise,” one person said.

Another tweeted: “#LooseWomen For goodness sake! Isn’t anyone talking control of the conversation today? Haven’t been able to make out most of what’s being said for Denise shouting over everyone. Take your turn ladies.”

Someone else posted: “This programme gets worse, all women talking over each other, almost screeching #LooseWomen.”

And another who agreed with Denise said: “Denise the only one talking sense about Harry #LooseWomen.”