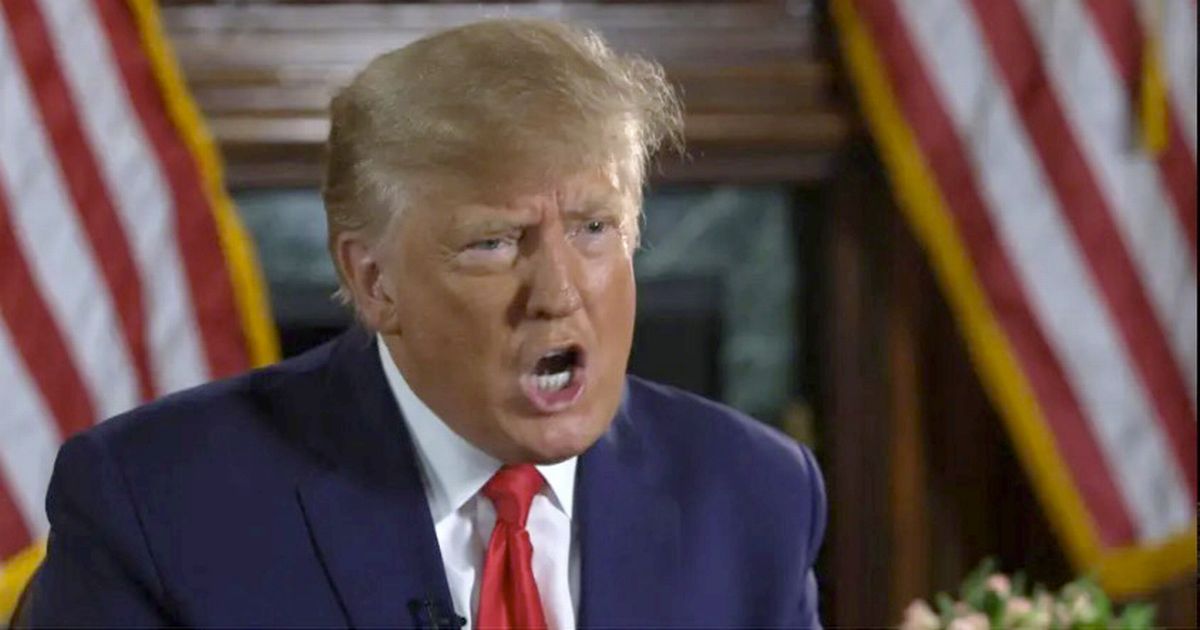 It’s not often Piers Morgan is left feeling uncomfortable during an interview, but that’s exactly what happened in his newest interview with former US president Donald Trump.

The former Good Morning Britain presenter, 56, revealed on Wednesday that his first guest on his new talk show was none other than the outspoken businessman-turned-politician.

But their friendliness from years gone by was certainly not there for all to see as Trump, 75, gave Morgan an extremely frosty reception when he discovered what the presenter had previously said about him.

Trump hit out at Morgan, brandishing him dishonest and a “fool” before refusing to take part in the hotly anticipated interview.

And the teaser clip left fans stunned as Trump appeared to call an end to the interview and shout “turn the camera off”.

Donald Trump was far from impressed with Piers Morgan
(

It has already been dubbed as the most “explosive” interview of the year, with things seemingly spiralling out of control.

The interview has been dubbed Morgan vs Trump and the American hit out at the presenter’s honesty.

Ending their chat, he tells Morgan: “Let’s finish up the interview. Turn the camera off. Very dishonest.”

The launch interview is set to be the maiden piece from Piers Morgan Uncensored on TalkTV and will air on Monday at 8pm.

Sharing all to The Sun, Morgan admitted he wondered whether he’d still get a chance to ask questions after such an outburst.

Morgan wrote: “I was desperately thinking of some way to salvage things.

“‘I don’t intend our interview to be confrontational,’ I said. ‘A lot of time has passed since I said those things, and a lot has happened in the meantime.”

Trump was having none of it though and blasted his seemingly now former pal “fake”.

Piers Morgan and Donald Trump used to be friends
(

Although Morgan tried to insist he was just being brutally honest, Trump clapped back:” DIS-honest”

Morgan eventually seemed to win the former president round but once again irked him with comments he didn’t agree with.

Reeling from the moment unfolding in front of him, Morgan went on: “Trump ranted that he was far more honest than me, and again sneered that I wasn’t ‘real’ before haranguing me for exceeding our 20 minutes which was particularly disingenuous given that during all our previous interviews, he’d invariably decided exactly how long he wanted to keep talking.”