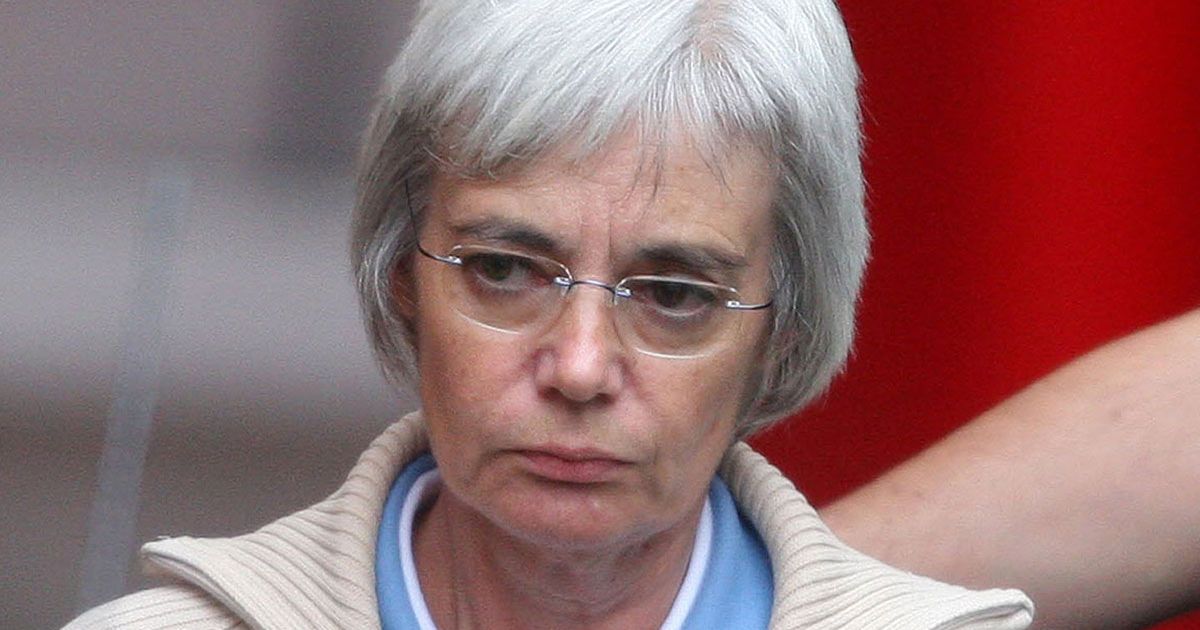 The Thief, His Wife and The Canoe viewers have been eager to know about Anne Darwin’s best selling book, Out Of My Depth, in which she opens up about the ‘runaway train of deceit and guilt she felt’

Shy and retiring Anne Darwin decided to air her dirty laundry in an explosive tell-all book.

The softly spoken former doctors’ receptionist, who was married to conman and serial cheater John Darwin, decided to reveal all about the fake death scam that landed the pair in prison.

While John paddled out to sea in his canoe and pretended he was dead in 2002, Anne played the role of the grieving widow, lying to the police and even their own sons so she could collect her husband’s £250,000 life insurance policy.

The former couple used their ill-gotten gains to fly around the world in a bid to start a new life, eventually purchasing a £200,000 tropical estate in a village in Panama in 2007, but came unstuck after a photo was taken of them in an estate agents.

After a change in Panama visa laws, John made a sensational return to the UK and walked into a police station claiming he had amnesia, but they were quickly rumbled.

John was sentenced to six years and three months in prison for admitting deception by faking his own death, while Anne received six-and-a-half years behind bars for fraud – with both serving half their sentences.

In 2016, Anne decided it was time to open up on the ‘runaway train of deceit and guilt she felt’ in her book, Out Of My Depth.

Anne Darwin was sent to prison for fraud

It is the “true story” of Anne’s journey from an ordinary housewife to “Canoe Widow, Panama and prison”.

Anne had been publicly disowned by her sons, Mark and Anthony, who were furious at both their parents’ deception and said they didn’t wish to see them ever again.

“After the truth came out that we’d been living in Panama together, I continually wrote to Mark and Anthony to say, ‘I am so sorry. I really do love you’,” explained Anne to The Guardian.

“But they refused to see or talk to me. The first time I set eyes on them [afterwards] was at my trial when Mark was the first to testify against me. After he left the witness box, he only lifted his eyes fleetingly to meet mine. I was totally shocked by how dark and full of anger they were. To see that was absolutely horrendous.”

Anne explained that she wrote the book to help herself and as a love letter to her children, in a bid to make them understand why she went along with the nasty scheme.

The synopsis reads: “Now, for the first time, Anne opens up about an extraordinary chain of events: how she became involved in her husband’s hare-brained scheme, her life and marriage, her harrowing time behind bars, and the runaway train of deceit and guilt that followed her plan to defraud insurance companies with the aid of a canoe.”

Many people would be horrified if Anne was profiting from the book, but the fee actually goes directly to the RSPCA and RNLI.

Using the qualifications she gained in prison she found a job with the RSPCA and moved to a village outside of York, hence the connection to the charity.

It is co-written by former Mirror journalist David Leigh, who flew out to Panama while Anne was living there when the con was discovered.

“She was being disowned by everybody and she was in my care. I didn’t want anything to happen to her,” he said on This Morning this week.

“It’s unusual to have a friendship with someone who you write a story about, but I wrote to her, gave her all the encouragement I could, and went to visit her.”

David explained that Anne often says she “doesn’t understand what all the fuss is about”, asking why there is still “all this interest” in the story.

He continued: “She obviously wishes this wasn’t happening but accepts she played a role in it and understands, to a degree, the fascination from the public.

“This story has been running now for 15 years and on it goes, so I think she’ll be happy when it’s over and she can get on with her life and spend time with the boys.”

After nine long years of building bridges, Anne has now been forgiven by her son Mark and started to have a relationship with Anthony.

Anne with her ex-husband John and sons Mark and Anthony
(

Mark said: “It was a cruel act of betrayal that no parent should ever inflict on their children – the pain and suffering it caused me and my brother is indescribable. The horror of the discovery, my sheer fury and what they put me though, is something that will taint my life forever.”

He added: “I have forgiven her, to some degree, but I will never understand, nor forget.”

Last month, Anne was tracked down to a village near Middlesbrough where few of her neighbours are aware of her controversial past.

According to The Daily Mail, she has reverted to her maiden name and would not commented when asked about the new ITV drama.

One neighbour told them: “We simply know her as Anne. She is very quiet but friendly. She has never mentioned what she did, but then why should she.

“I do remember the whole canoe story. It’s quite amusing that she is living here, but I suppose it was a long time ago and she is just getting on with her life.”

It’s a very different story for John, who now lives in the Philippines with his new wife Mercy, who is 23 years his junior.

He now flogs his market trader wife’s £4.35 a time undies and T-shirts in a giant indoor market and reportedly still gets a UK state pension of around £134 a week.

*The Thief, His Wife and the Canoe is on ITV at 9pm from Easter Sunday to Wednesday 20th April