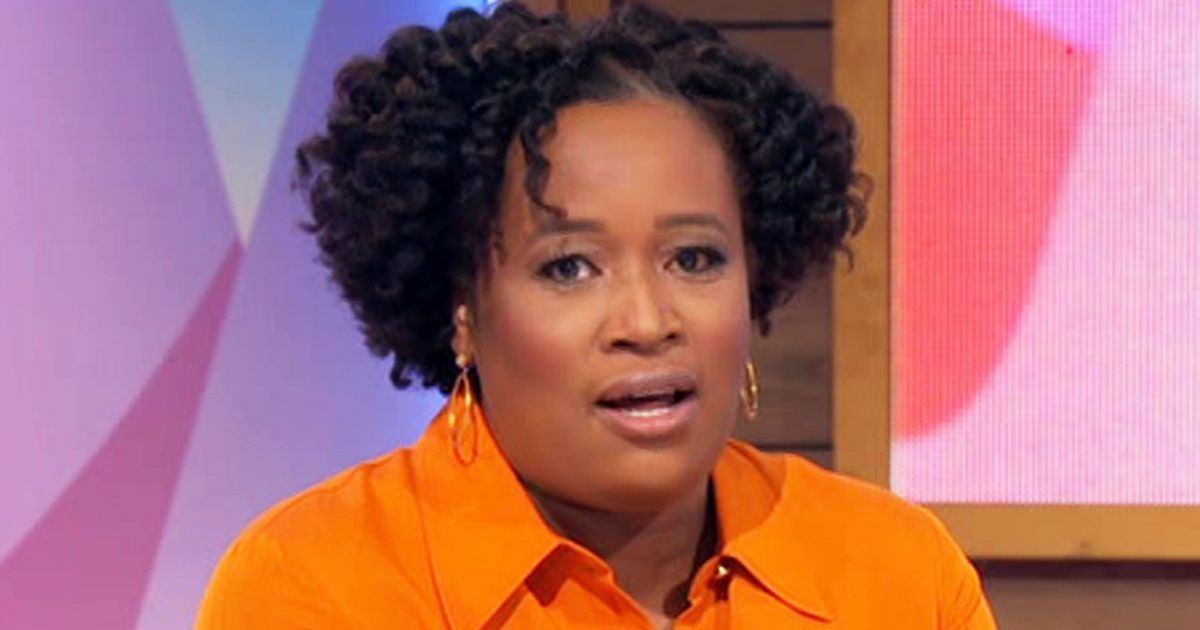 The panellists – Charlene White, Judi Love, Linda Robson, Carol McGiffin and Frankie Bridge – appeared on the ITV daytime show today to pay tribute to Jamal, who had appeared on the show just a few months ago with his proud mum Brenda.

The news of Jamal’s sad death after a sudden illness was broke on social media last night and whilst Charlene understands that a lot of his success comes from social media and online, Charlene admits she was disappointed Brenda didn’t get the chance to announce the news herself, before she read out a statement that Brenda made earlier today.

Speaking on the ITV lunchtime show today, Charlene said: “The opportunity to share Brenda’s loss and the family’s loss, that was taken away from Brenda because of various people on social media who decided to tell Brenda’s story and to tell Jamal’s story without consulting Brenda, which was not fair in any shape of form.”

“We understand that a lot of Jamal’s incredible work was done through social media and done online and all those things. He was a powerhouse, he changed the UK music scene,” she added.

Charlene went on to pay tribute to Jamal’s incredible work in music – for which he received an MBE in 2015.

Jamal appeared on Loose Women with Brenda in November
(

She explained: “One man changed the UK music scene in a way we’ve not seen in decades.

“But what people have to understand that there is work life and there’s family life and there’s home life and it should have been Brenda who was able to choose when the world got to know about his death.”

Some viewers took to Twitter to criticise those on social media for breaking the news first.

“No family should have their hand forced into confirming the passing of a loved one just because insensitive creatures want to do “hear it here first”. Honestly praying Brenda & her family get all the privacy they deserve moving forward #LooseWomen,” one wrote.

Jamal died after a sudden illness
(

A second added: “I didn’t realise that the news wasn’t shared on Brenda’s and her families terms, disgusting. Condolences to Brenda, the family and who all knew Jamal, rest in peace #LooseWomen.”

Other viewers praised Charlene and co for a heartfelt and emotional show, insisting they did Brenda – and her late son – proud.

One penned: “Thank you #loosewomen for showing the humanity in grief and for honouring Brenda in the sad loss of her beloved Jamal,” as a second added: “Beautiful tribute on #loosewomen today. My heart goes out to Brenda, his sister and their Family.”

“It is with the deepest heartache that I confirm that my beautiful son Jamal Edwards passed away yesterday morning after a sudden illness. Myself, his sister Tanish and the rest of his family and friends are completely devastated,” she said.

“He was the centre of our world. As we come to terms with his passing, we ask for privacy to grieve this unimaginable loss. I would like to thank everyone for their messages of love and support. Jamal was an inspiration to myself and so many. Our love for him lives on, his legacy lives on. Long live Jamal Edwards MBE, MBA, PHD.”

Elsewhere on the show, Linda Robson paid tribute to Jamal for taking her son under his wing.

“Jamal kept in touch with Louis over the years and took him under his wing. Took him to the BRITs, took him out socially with him as well. Brenda did such a good job with her son because he was a proper gentleman, he really was. He was the loveliest boy,” she said.

Jamal Edwards: Loose Women stars were at grieving Brenda’s side after tragic death