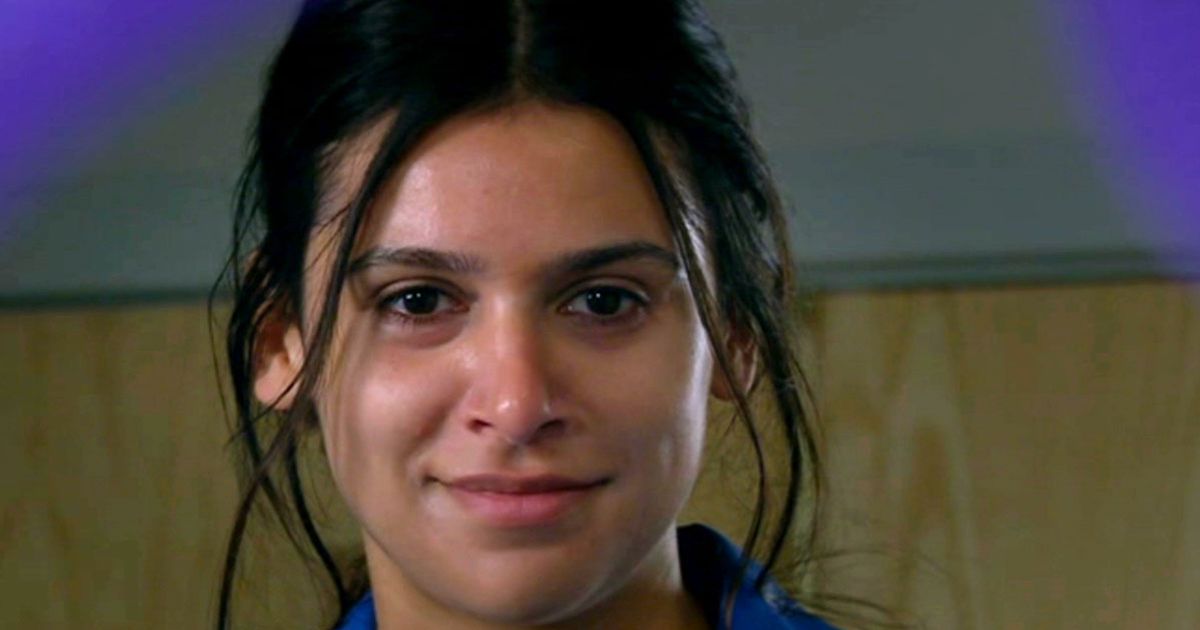 Emmerdale fans were not impressed on Monday evening as it was revealed that she could potentially get away with murder.

The latest instalment of the ITV soap saw various residents discussing the evil nurse after she was arrested and questioned over Ben Tucker’s death.

In the cafe, Nicola was heard asking Charles Anderson: “Do you know if they’ve charged her with the murders yet?”

Charles replied: “No, sorry,” as Nicole continued: “Well it’s only a matter of time, right?”

As Meena’s sister Manpreet Sharma walked in, she revealed: “It seems it might not be quite as straightforward as that. The police are still confident they have enough to charge her with Ben’s death but she’s pleading self-defence.

“She’s also refusing to take any responsibility for Leanna or Andrea,” Manpreet continued as they tried to figure out why Meena isn’t just coming clean.

“Okay so she might have brought herself some time, but that’s all. The police aren’t going to just roll over, they’re still going to be doing everything they can to tie her to those deaths,” Ethan Anderson chimed in.

Later on in the episode, viewers got a glimpse of Meena in her police cell as she awaited more questions.

Still as cocky as ever, she told one of the officers: “About time, I thought you would have wanted me first thing for more questions, but whatever.”

After being ignored, Meena looked frustrated and shouted: “Hello?! What are you doing? Come on, open the door, let’s get this show on the road!

“Fine, play your games, this isn’t forever, you know that. Charge me for Ben, whatever, self defence. Play it right and I’ll be free soon enough, you’ve got nothing to connect me to the others, not a thing.”

Emmerdale fans were fuming at the thought of Meena getting away with Leanna and Andrea’s murders, and possibly getting a shorter sentence for claiming she killed Ben in self-defence.

Taking to Twitter, one person wrote: “#Emmerdale Meena will get away with it!”

Another tweeted: “#emmerdale. Surely the police have got enough on Meena re kidnap, knocking Harriet out and shooting Layla to remand her in custody.”

However, at the very end of the episode Liam and Leyla discovered that the trinket box he had dig up was actually a box that belonged to Meena – and Leanna’s engagement ring was inside.

So some viewers finally believed it was the evidence needed to send Meena down for a long, long time.

One viewer posted: “Meena there’s no way out of this, you are so going down sister, you’re going to snap and confess #emmerdale.”

And another person added: “They found the box honestly I don’t think that Meena won’t be released from jail #Emmerdale. Bye Bye Meena.”