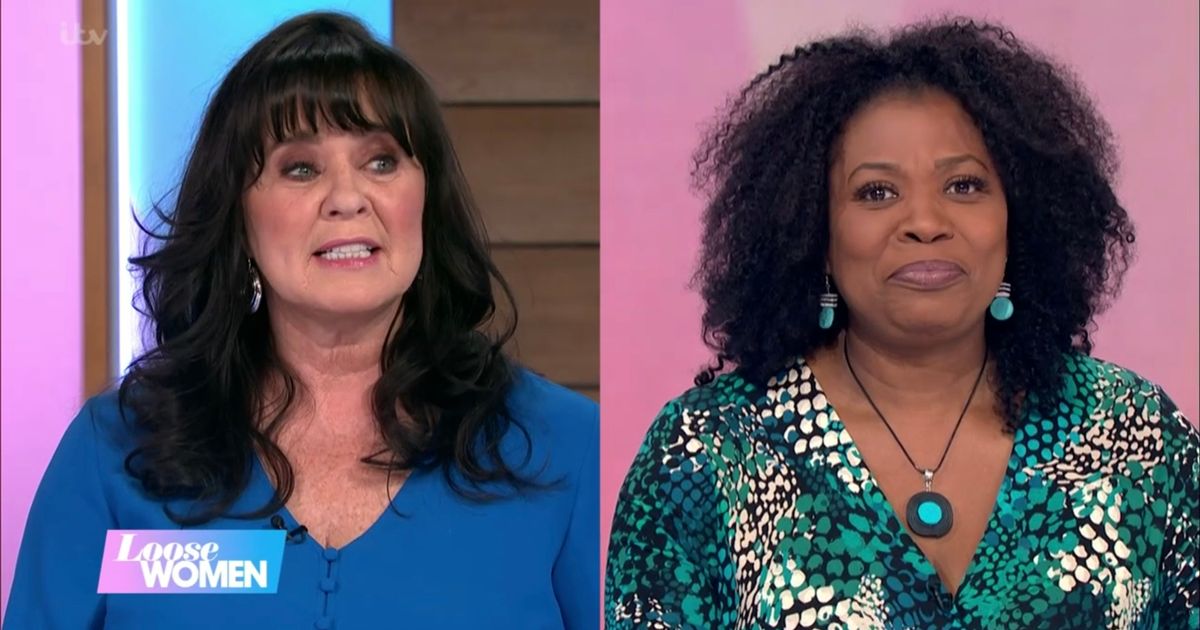 Coleen Nolan lifted the lid on her boozy night out with Brenda Edwards the night before the theatre star’s return to the Loose Women panel.

Admitting that she was still hungover from the night before, Coleen revealed that they had a catch-up last night.

She revealed: “I knew she was nervous about coming today so we decided to meet up last night in the hotel where I stay and she came over and we had dinner and alcohol may have been involved.”

Brenda insisted: “I never pushed her to it!”

Coleen Nolan spoke about her night in with Brenda Edwards
(

It comes after Brenda’s emotional interview with Coleen on Monday as she spoke about son Jamal’s death in February.

Brenda was back on Loose Women today

Recalling the day he died, Brenda said: “The one thing that I do want to say is I was with him and his sister was with us, we were all at home. It was sudden and it was unexpected and he went into cardiac arrest. Then he passed with me holding his hand, so I get a little bit of comfort from knowing I was with him.”

“As much as that is comfort, at the same time, it’s a vision that I’m never going to forget.”

Brenda revealed that she has a bedtime routine dedicated to her son that “keeps her going”.

“When I wake up every morning – all of his photos are still obviously in the house – and I look at him and say, ‘Good morning, baby’ and ‘Good night, baby’.

“And I think doing that is what’s keeping me going. He always had this lovely, bright smile, just used to light up. He had this funny laugh. I feel his presence constantly and I know I’ve always been somebody who has faith and who believes in that and that has been a massive comfort to me.”

Opening up about the day of his funeral, Brenda said: “When we laid him to rest, it was really beautiful. We looked up into the sky and there was a J – the clouds had formed a J. A friend took a picture of it.”

Speaking of Jamal’s legacy, she said: “He said, ‘We all die, the goal is not to live forever but to create something that will.’ And I believe he has created something that will and I’m determined to make sure that it will. That’s my goal.”