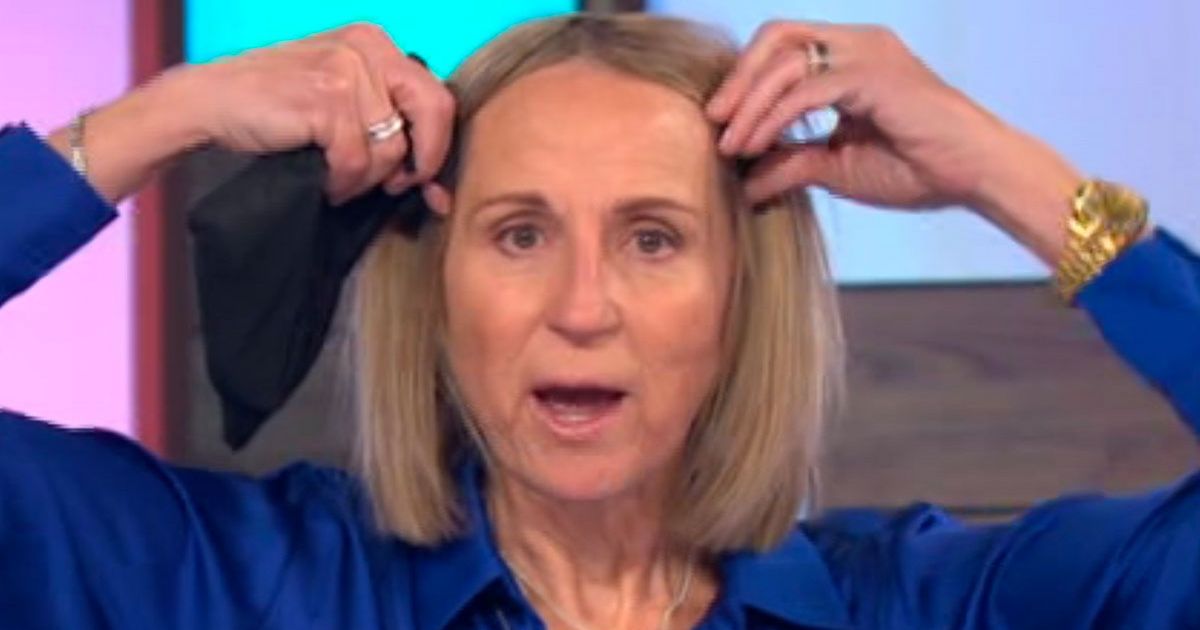 Carol McGiffin was given an eyebrow makeover on Loose Women on Monday – being inspired by Ruth Langford after she had her own brows tattooed.

The 62-year-old broadcaster was on the show alongside panelists Nadia Sawalha and Linda Robson and was given a special treat from a beautician.

Over the weekend, 61-year-old Ruth went under the gun of a tattooist as she had a tattoo to make her eyebrows look fuller and more pronounced.

Carol was given a less painful treatment on Monday’s show as a beauty expert used her as a guinea pig to show viewers how they can get fuller brows via a less extreme route.

And while Carol was spared the pain of a tattoo gun as the beautician used a simple make-up trick to give her more pronounced brows, cruel online trolls may leave her hurt with their bitter comments.

Appearing on stage after having her makeover, Carol joked to her co-stars: “Look what she’s done to me!”

Ruth explained what Carol had done, telling viewers: “She used… this is a brow mascara. Not a normal mascara, it’s one specifically for your brows.

“This comes in various shades – from light, medium to dark. It didn’t hurt, Carol?”

Confirming it was all very pain free, Carol said: “I thought she was saying brown mascara, but it’s actually brow mascara! Even I could do that.”

But viewers were not impressed by Carol’s makeover – and brutally took to social media to thrown digs and abuse at the star.

Before and after shots showed off Carol’s impressive transformation
(

Another joked: “@loosewomen Eye brow mascara on @McGiff – made her look like Iggy Pop!”

And another fan branded Carol’s new brows “a mess”.

While others slammed the show for giving air time to a frivolous feature, tweeting: “#loosewomen Very engaging discussion about the strip of hair above people’s eyes….. what on earth was the point of that?”

However, Loose Women is very accustomed to tackling light-hearted topics as well as the more hard hitting news.

Ahead of Monday’s show, Ruth explained why she had decided to get her eyebrows tattooed.

Unveiling her new look on Instagram, she said: “So I finally bit the bullet! I’ve been thinking of having my eyebrows tattooed for a while and yesterday I did it!

“Well I didn’t do it… my friend, the very professional and very lovely Naomi, owner of @thelittleparlour did it!”

She continued, “If you’ve been thinking about it too, we put together this little video so you can see the process… It really didn’t hurt… Just a bit scratchy… honestly! The technique is called ‘Powder Brows’”.