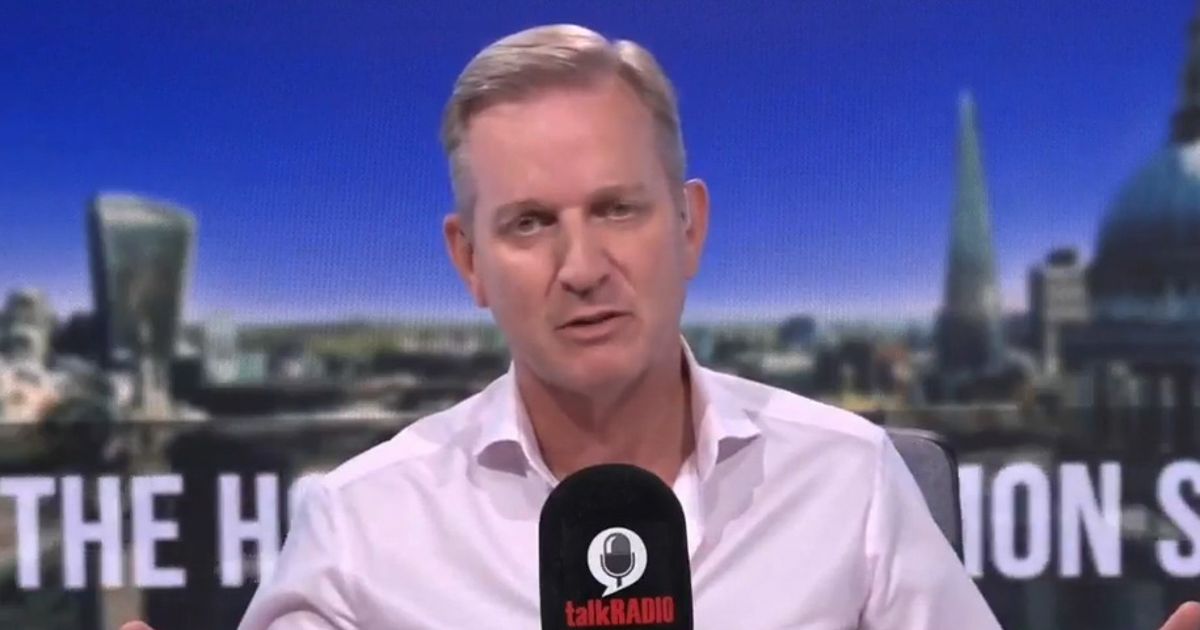 Jeremy Kyle to make his comeback on TalkRadio

The 56-year-old presenter, who fronted the ITV show for 14 years before it was axed in 2019, insisted “there are two sides to every story” during an appearance on TalkRADIO today.

The documentary – which touched on the death of tragic Steve Dymond, who took his own life after he “failed” a lie detector test on the show, which suggested he had cheated on his ex-fiancee Jane – aired on Sunday night and the final episode tonight.

Channel 4’s hour-long watch saw former ITV staff tell how guests were exploited to cause more drama for the show.

Jeremy Kyle has broken his silence
(

Now, Jeremy has spoken out after the first episode aired last night.

The presenter says he will not speak about his guest’s death in detail until all legal proceedings are complete.

Speaking on the radio this afternoon, Jeremy said: “Let’s just deal with the elephant in the room straight away – couple of texts already talking about a certain programme that was on television last night.

“Yes, I am fully aware. I will say only this, my friends, to you.

“I have maintained a consistent approach over the last three years.

The presenter insists ‘there are two sides to every story’
(

“I have said that I will not comment on the tragic death of Steve Dymond until the legal process has finished and that is a position I will maintain.

“When – and trust me, there will be a time after the inquest, when it is right and proper for me to have my say, because there are of course two sides to every single story – I will do it here and I will do it to you, and that is the most important thing.”

He added: “With the greatest of respect, I wanted to say that.”

The inquest into Steve Dymond’s death will take place later this month.

In the documentary, Steve’s ex-fiancee Jane says: “I think he’s brilliant. I feel sorry for him because he lost his job.

“I don’t hate Jeremy Kyle and I didn’t blame him. I can’t put the blame on someone else when I feel partly to blame myself.”

The show was cancelled following the death of guest Steve Dymond

Ahead of the documentary, ITV issued a statement, saying: “More than 20,000 people took part in the show seeking help to resolve relationship issues, or to address drug or alcohol related problems… and the show achieved many positive outcomes.

“The show had a dedicated guest welfare team of mental healthcare professionals. Guests were supported prior to filming, throughout filming and after filming.

“ITV does not accept the central allegation of this programme of a ‘bad culture’ within the production team. ITV would never condone any of its production staff misleading or lying to guests.”

ITV said all the guests were “aware of the nature of the show and the presenter’s style” and gave written consent.

*Death on Daytime airs tonight at 9pm on Channel 4.