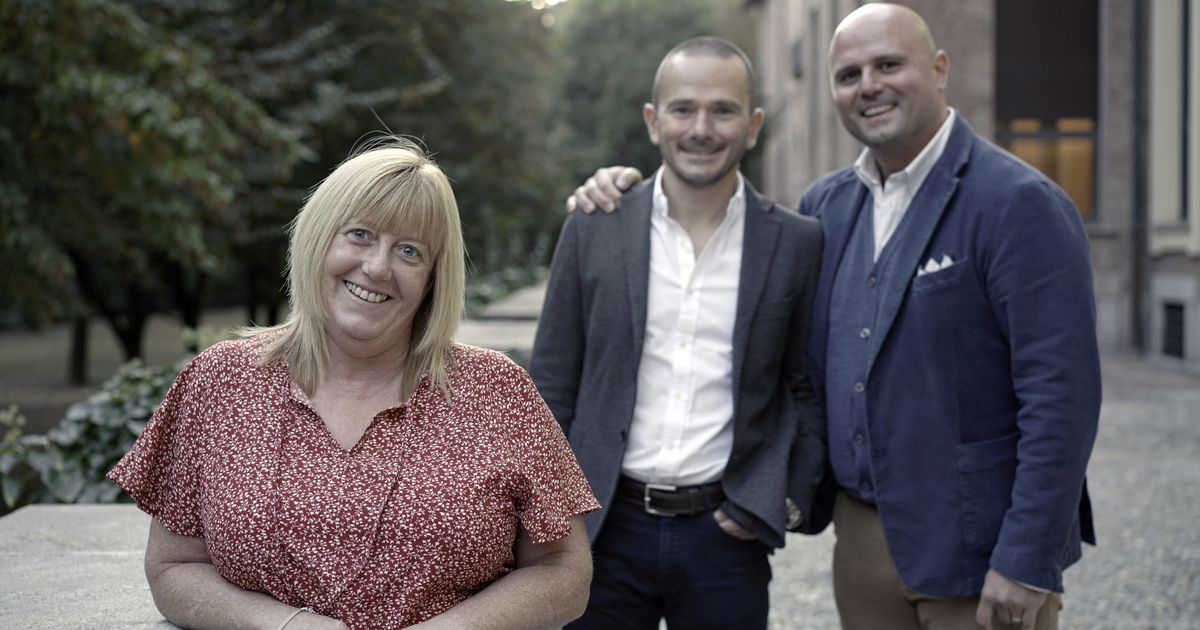 Debra Spark had no idea her father wanted to be a part of her life – because his letters were destroyed.

The 53-year-old always knew she had an Italian father, but was completely unaware he wanted to be a part of her life.

Debra has spent her whole life living in Northumberland and had a happy childhood being brought up by her mother and grandparents.

Her father Ernesto, was living in Milan in the 1960s, when he met Debra’s mother Olive, who was working there as a nanny.

Speaking in tonight’s Long Lost Family, Olive tells Debra that her father was a generous “gentleman” and they ate pizza when they first went out together.

When Olive became pregnant, she suffered medical complications and “devastatingly” had to return to England to spend time in hospital.


Alessandro and Massimiliano the found brothers of searcher Debra Spark

“I recognise something familiar in her eyes. It was a very emotional moment,” says Massimiliano. “Our family is strong, it was a gift from our father. And his last gift is you.”

Alessandro, who can’t hug his sister because of Covid rules, adds: “When I saw her crying it was killing me because I want to hug her and say I’m here. She has two brothers and we are here for her.

They are now in daily contact and Debra is flying out to Italy later in the year to celebrate her birthday.

Debra says: “I just think they’re lovely. I feel there’s a bond. It’s nice to build up a picture and a family history. I just want this to be the start and not the end.”