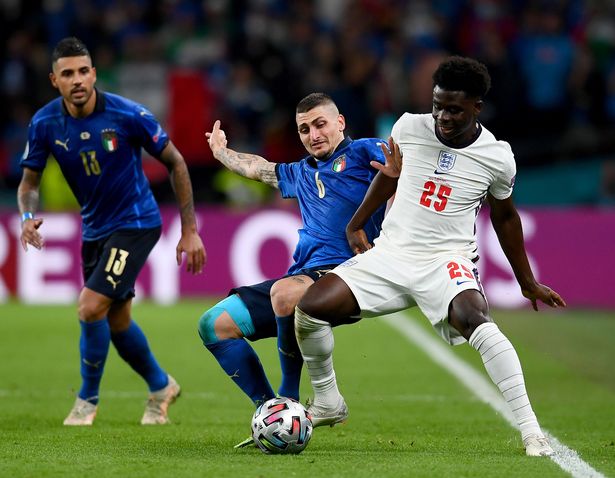 The Euro 2020 final between England and Italy was the third most watched TV event of all time.

A whopping 31.1 million people tuned into the nail-biting game on Sunday evening, which saw the Italian team beat England 3-2 after it went to penalties.

Ratings peaked during the penalty shootout between the two teams, and an average of 29.85 million watched the whole match across the BBC and ITV.

The combined viewing figures makes the game the highest TV audience since the funeral of Diana, Princess of Wales, in 1997, with viewing figures peaking then at 32.10 million.

Ahead of both events is the World Cup 1966 final, which was the most watched TV event at all time with 32.3 million viewers.

Sunday’s final had started so well after Luke Shaw’s goal, but the team were pegged back by Leonardo Bonnuci after the break.

The FA condemned the sickening racist abuse sent to Saka, Rashford and Sanco after the game.

Their statement said: “The FA strongly condemns all forms of discrimination and is appalled by the online racism that has been aimed at some of our England players on social media.

“We could not be clearer that anyone behind such disgusting behaviour is not welcome in following the team. We will do all we can to support the players affected while urging the toughest punishments possible for anyone responsible.”