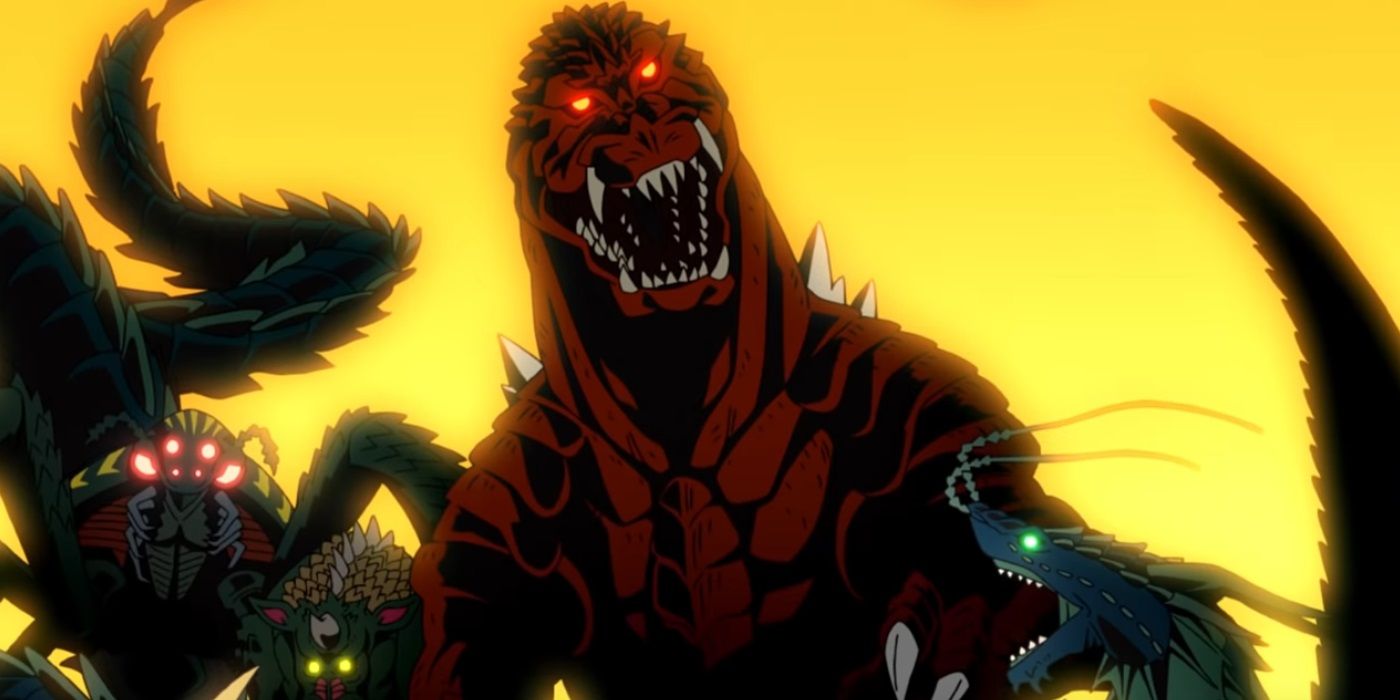 The opening and closing themes for Godzilla Singular Point have been officially uploaded. The new anime with the King of the Monsters has already debuted in Japan. Sadly, its global release date on Netflix has not been announced yet. Recently, a full render of Rodan’s appearance in the show was shared.

Many anime are released in a given year, all vying for good ratings and reception. Godzilla Singular Point has the unique advantage of featuring the world’s most famous monster. It’s also the first Godzilla anime series. Before it, there was the controversial film trilogy beginning with Godzilla: Planet of the Monsters. But, this is the first anime show based around the character and some familiar faces. The story follows Yun Arikawa and Mei Kamino, who seem to discover an upcoming calamity. Based on everything shown so far, it appears Godzilla is the calamity. Interestingly, it appears not all the monsters are antagonists. Yun approaches Anguirus, and a creature that is likely Manda attacks Godzilla. What all this means remains to be seen, although the mystery is being unveiled for those watching in Japan.

TOHO Animation has uploaded the official opening and closing themes for Godzilla Singular Point. The opening, “in case…,” was performed by BiSH. The closing theme, “Aoi” was done by Polkadot Stingray. Check out the videos below.

The themes certainly have a distinctive style. While the visuals of the opening are good, it’s the ending that has generated some discussion. The visuals feature numerous references to the Godzilla universe. Mothra is shown with her Shobijin, and Kayoco Anne Patterson from Shin Godzilla is on television reporting on events, including an appearance from Biollante. Jet Jaguar, Kumonga, and Angurius all appear in their classic film designs. Godzilla also appears, sporting his classic Heisei look. Even the obscure Zone Fighter trio is featured. It’s a visual fest for longtime fans. Something to keep in mind, though, is all this appears to just be fan service, and has nothing to do with the actual storyline.

Even if it’s just fan service, the outro shows the passion behind Godzilla Singular Point. That inspires hope the series will be a great, new take on the mythos. With Godzilla vs. Kong done, and no more films confirmed at the moment, the anime will be the center focus for kaiju action. Hopefully, Netflix will soon reveal when fans outside Japan will be able to see the return of Jet Jaguar.