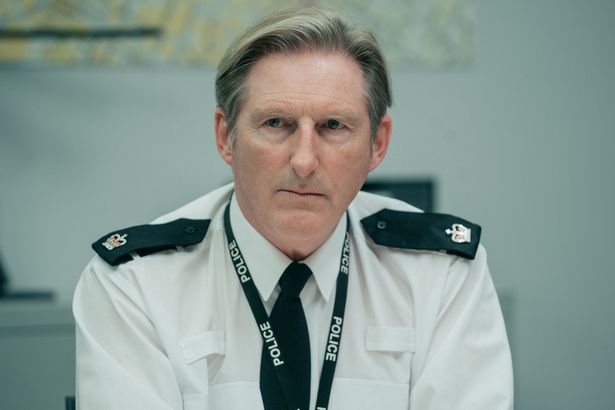 Line Of Duty star Adrian Dunbar has teased fans of the show by revealing the first episode of new series will be a ‘head wreck’ that they find ‘shocking’.

Adrian Dunbar who plays Superintendent Ted Hastings on the hit BBC police drama and appeared on The Graham Norton Show last night where he suggested the audience will be given a few surprises by series 6 .

He said: “18 months have passed so the landscape has completely changed.

“We are starting from a place that the audience will probably find a bit shocking at first.

“Things and people have been moved around so the first episode is going to be one of those ‘head-wrecks’ for the audience.”

Also returning to the show will be Detective Sergeant Steve Arnott, played by Martin Compston.

Speaking on That Gaby Roslin Podcast, Martin teased more about the upcoming series.

He said: “In some way the whole series has been building to this.

“I think there are a lot of big answers coming in this series.”

The new series of Line Of Duty will air on Sunday 21 March at 9pm.