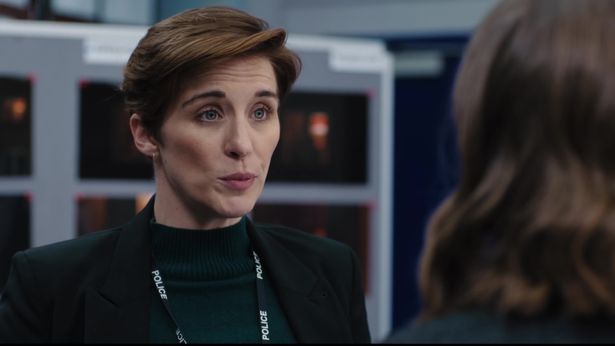 Line of Duty fans have turned their thoughts back to whether Kate Fleming could be H, as the mystery over their identity continues.

Series five shocked viewers, as they learned H was multiple people, and there is still another bent copper to be found it seems.

Kate has been adamant all along she is not corrupt, while her former boss Ted Hastings was investigated in the last series before returning to work.

In the 18 months since the last series, a lot has changed it would seem – including one twist viewers could not wrap their heads around.

Kate is no longer part of AC-12 it seems, and isn’t exactly close to former boss Hastings.

One fan wrote: “Surely I can’t be the only person who thinks Kate might be the last remaining H?”

Another said: “Kate Fleming is H, calling it now.”

A third suspected: “Kate is registered as Katherine in the system. Katherine has H in it. She’s the last one. I’m convinced.”

Line of Duty airs Sundays at 9pm on BBC One.