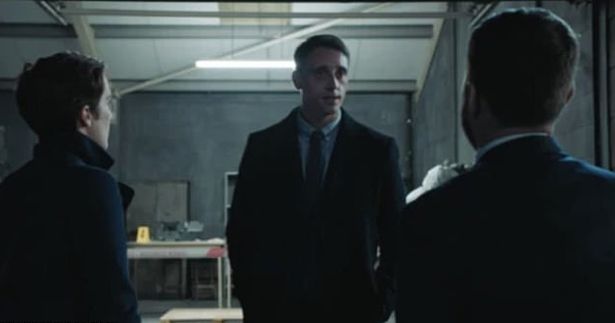 Line of Duty are frantically theorising again as speculation reaches a fever pitch ahead of Sunday’s season finale.

Some attentive viewers have delved into episode five’s script, stumbling across a seemingly throwaway line that may unveil a character’s true allegiances.

Potential spoilers ahead – you’ve been warned…

DS Chris Lomax (Perry Fitzpatrick), some fans reckon, could be working for OCG after he dropped the name of a particular pub.

In one scene, he chatted to a crime scene investigator, clad from head to toe in a white crime scene suit.

Vicky McClure’s Kate Fleming and Martin Compston’s Steve Arnott walk towards them as Lomax can be heard announcing to his colleague that they could “be in the Red Lion bar by 8pm.”

“Also also, Ryan’s mum was the one who dropped the charges against Devereux. Also also also, season 7 will be these 3 legends leading the new AC team.”

What do you reckon? Let us know in the comments below.

*Line of Duty concludes on Sunday night at 9pm on BBC One.