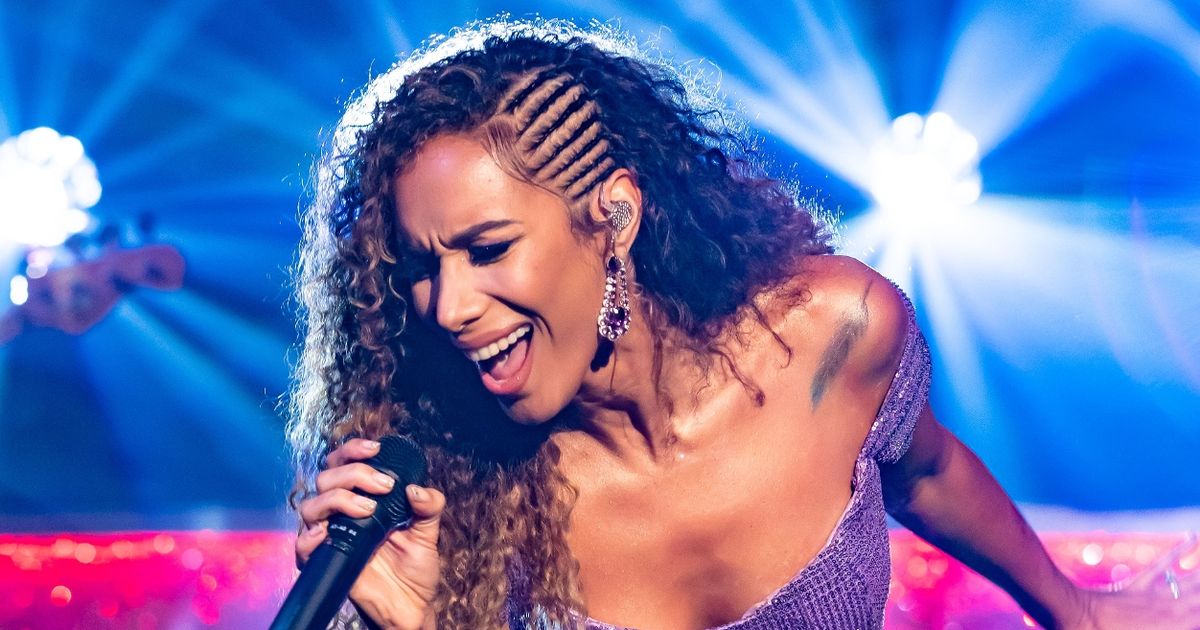 Leona Lewis spoke on The Jonathan Ross Show about her relationship with former X Factor mentor Simon Cowell. The music mogul guided her to victory on the 2006 series of the show

Former X Factor winner Leona Lewis has revealed she is still in touch with Simon Cowell 15 years after appearing on the singing contest.

The singing sensation, 36, admitted the pair still have a “good” relationship despite splitting from his record company following her rise to success under his watch.

Leona wowed judges and viewers alike as she romped to victory with her brilliant vocals on the 2006 series of the X Factor.

She immediately signed to Simon’s Syco record label and went on to be a huge worldwide success.

In 2014, she stepped away from the label but has revealed it wasn’t because of a souring relationship with her former mentor.

Speaking on this week’s The Jonathan Ross Show, Leona said: “It was [an amicable split] – we’re still good, we keep in contact, he checks in on me, I check in on him.

“Throughout the show, he was definitely a real mentor and really involved in helping me with song choices, arrangements. He’s been a big supporter.”

She continued: “‘[The X Factor was] such a huge platform… It was at the time when YouTube was starting to bubble up… the videos would go viral, it was crazy.”

Leona looked stunning as she spoke to host Jonathan Ross. She wore a dazzling a purple gown which had a bow design around the midriff and a revealing split on the right leg.

She finished the outfit with a pair of elegant silver drop earrings and a thin and sparkly bangle.

Last month, she confessed that she thought it was the right decision to axe the X Factor despite it being a platform for many stars, including herself, Olly Murs, One Direction and Little Mix.

The Bleeding Love admitted that she struggled with self-doubt after she was thrust into the spotlight following her victory. .

She said the beauty standards expected in the industry left her mental health to suffer after finding fame.

Speaking of the end of the show, Leona told the Sun: “It was bound to happen at some point and I feel like it was the right time.

“We are in a different day and age now, with streaming and all the different platforms that we are on — there is so much out there. Everything has to evolve and move on and we can’t stay static. We have to go with it and embrace it, it was time.”

The Jonathan Ross Show airs Saturday on ITV and ITV Hub at 10.35PM.