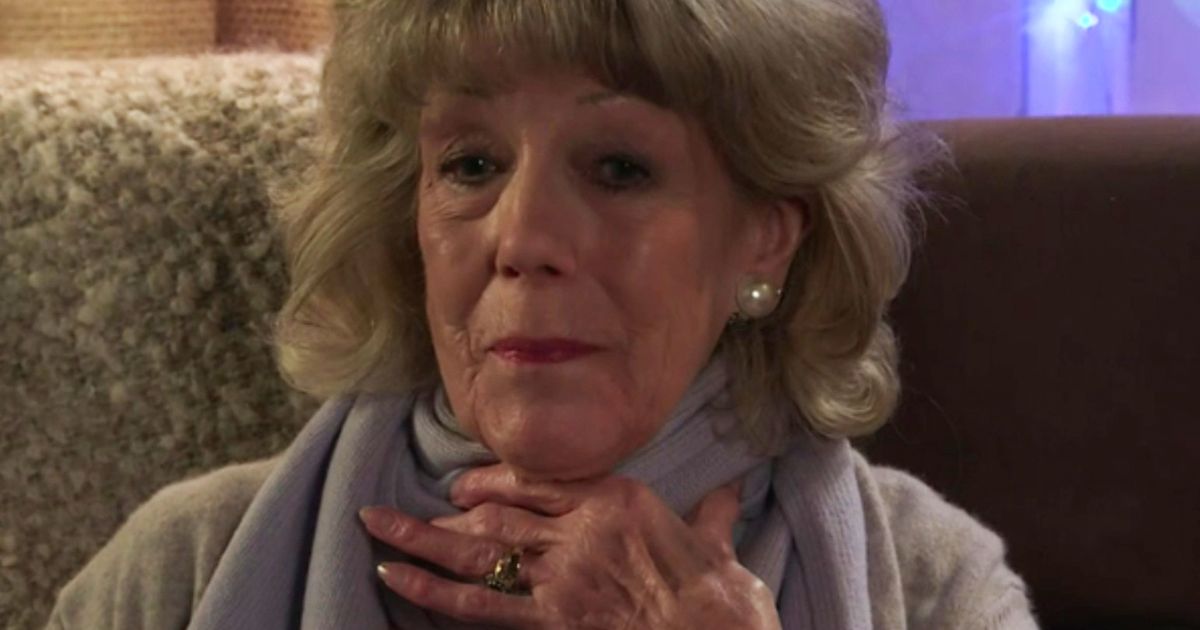 Coronation Street: Audrey gets emotional about getting older

Coronation Street fans have been left worried about the future for soap stalwart Audrey Roberts.

Viewers tuning into the ITV soap are concerned about the health of the legendary cobbles character – played by Sue Nicholls – as Audrey has been complaining about her health over recent weeks.

Audrey has been struggling with her sight but is refusing to wear glasses and fans of the ITV soap are fearful that the character could meet her demise in the near future, after making a return to the show recently.

Audrey’s been struggling with her health as of late

“Wonder if they will find something out with Audrey with the eye test. Seem to be going on about it a bit too much to be nothing at all,” one fan wrote on Twitter as they considered Audrey’s future.

Another added: “It’s looking like they’re killing Audrey, off, in the not too distant future.”

Audrey recently returned to the cobbles after some time away – but she gave her family some very shocking news.

Fans are worried about the character’s health

Arriving at daughter Gail Platt’s house, Audrey is wearing a neck brace after being in a card accident. It is the second time she has been in an accident recently because of her poor eyesight. She booked an eye test and was diagnosed with cataracts, where the lens of the eye clouds over, and she worries it could affect her independence.

It comes after Sue insisted she never wants to retire from the show.

Audrey has been living on the cobbles for years
(

“It’s almost as if they’re saying, ‘Well you’re 70 plus now…’ But I love this job – in fact I’ve loved it more these last few years than I’ve ever done. I have fun here, I’d never want to just sit at home. If they ever got rid of me I might try doing other things – I’d love to go back to singing and get my voice trained again – just to do something. I wouldn’t retire.”