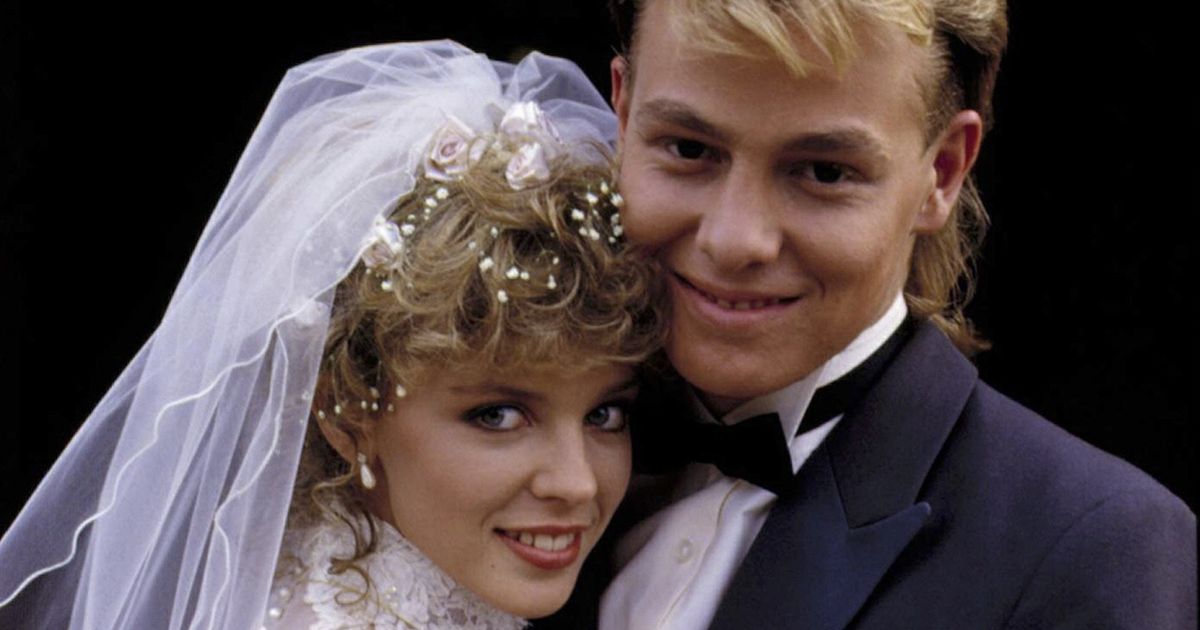 Neighbours has been axed after 40 years on our screens, with bosses reportedly now set to bring Kylie Minogue back to the show for a very special ending after four decades

Kylie Minogue and Jason Donovan are reportedly set to make their Neighbours return for a ‘fairytale ending’ on the soap after it was axed earlier this year.

Australian newspaper Herald Sun has reported it will be a “fairytale ending” for the characters, who shot to fame after appeared on the Down Under soap.

Neighbours has been axed after 40 years on screens. The popular soap – which began in 1985 – is expected to end in August this year, just a few weeks before it would have celebrated it’s milestone anniversary.

Pop star Kylie, 53, and actor Jason, also 53, reportedly filmed scenes for the soap last week as they prepare to reprise their roles as Charlene Mitchell and Scott Robinson for a special appearance to mark the long-time soap ending.

The shoot is said to have taken place at Pin Oak Court in Vermont South, a suburb of Melbourne.

The soap has seen some of the world’s biggest stars make their acting debut, including singers Kylie Minogue and Jason Donovan, actress Margot Robbie as well as Hollywood actors Russell Crowe and Liam Hemsworth.

A spokesperson for Channel 5 said of the axing: “Neighbours will no longer air on Channel 5 beyond this summer. It’s been a much-loved part of our schedule for more than a decade, and we’d like to thank the cast, Fremantle and all of the production team for their fantastic work on this iconic series. We’d also of course like to thank the fans for their loyal support of Neighbours across the years.

Neighbours has been axed after 40 years on screens
(

“We recognise that there will be disappointment about this decision, however our current focus is on increasing our investment in original UK drama, which has strong appeal for our viewers.”

It is believed there is a gap in revenue of millions of pounds from what the show makes in advertising and what it costs to produce.

“Channel 5 pay Fremantle Australia many millions of pounds every year and, sadly, there’s a shortfall of about £5million in what it brings back in through advertising,” a source previously explained to The Sun.

“There’s a lot of disbelief and sadness among those who know it’s ending. They are currently in the process of approaching a number of former cast members, including Kylie, to make a special return.”

The insider added: “Now it’s the end, it really would be something special to have her back in Ramsay Street one last time.”

The One Show fans ‘turn off’ during ‘chaotic’ Rob Beckett interview