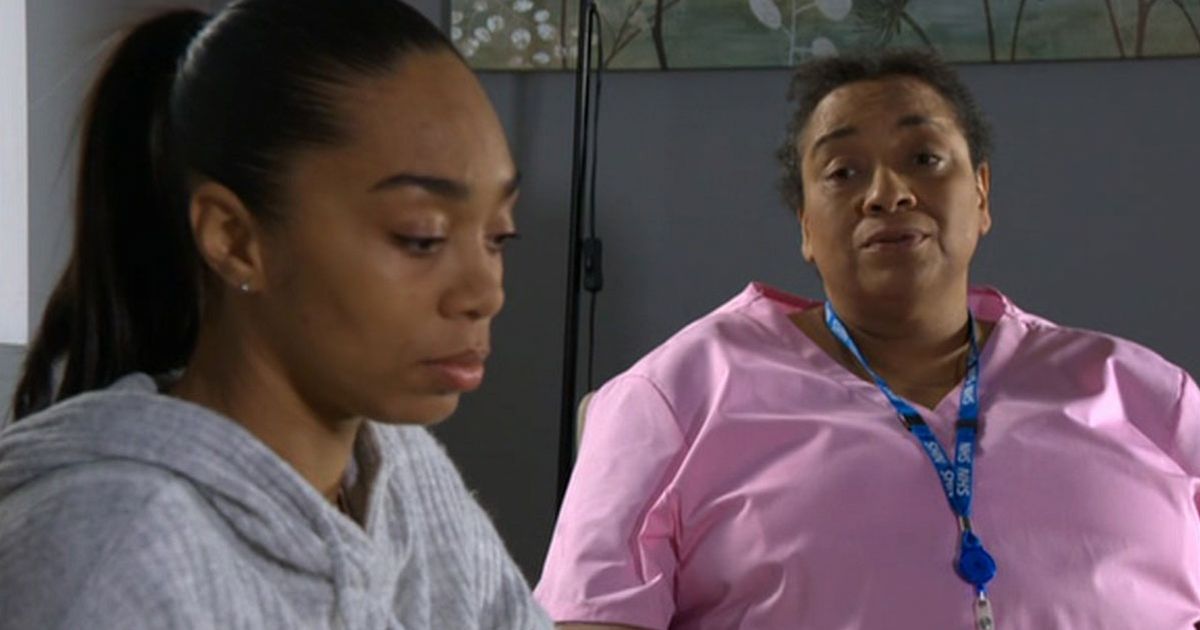 EastEnders fans were left distracted on Friday evening’s instalment of the soap as the show made an apparent medical blunder during a tense scene with vulnerable Chelsea Fox.

The error came as Chelsea was left spooked in the hospital while taking care of fragile newborn Jordan with her abusive husband Gray Atkins.

Chelsea was thrown when a nurse recognised Gray from when he used to come in with murdered wife Chantelle Atkins.

The nurse was visibly shocked as Chelsea told her that Chantelle was dead and she even tried to offer support to Chelsea – until Gray appeared.

As the nurse recounted Chantelle’s domestic abuse wounds from a visit to the hospital, EastEnders fans were distracted by her apparent breach of patient confidentiality in spilling the beans to Chelsea.

The error came as Chelsea was left spooked in the hospital
(

Given that nurses have a duty of confidentiality and privacy of patient information, soap fans took to Twitter to point out the glaring blunder.

One wrote: “There goes the fabled patient confidentiality #EastEnders” with an eye-roll emoji.

Another social media user posted: “Not this nurse telling Chelsea about another patient’s medical treatment? Patient confidentiality or nah? #EastEnders”

A third wrote: “Since when do nurses spill the beans on other patients #eastenders” with another eye-roll emoji.

A fourth said: “Does this nurse not care about her job? #eastenders”

Fellow fans wrote: “That nurse needs to be taught about confidentiality. #Eastenders” and, “Isn’t this nurse breaking patient confidentiality talking about Chantelle #EastEnders”

However, soap fans were still eager for Chelsea to listen to the nurse as she offered advice on where to seek support for domestic abuse – and get away from murderous Gray.

One wrote: “The nurse is sus of Gray #EastEnders” and another said: “Listen to her, Chelsea. #Eastenders”

Chelsea recently vowed to stand by her killer husband Gray, despite knowing that he abused and murdered his wife Chantelle in 2020.

The nurse tried to offer support to Chelsea – until Gray appeared.
(

Her major change of heart came after Gray stepped in and acted quickly when their baby Jordan stopped breathing at the hospital.

The close call resulted in Chelsea turning her back on Whitney and Kheerat and their pact to expose Gray once and for all.

Elsewhere on Friday night’s episode of EastEnders, the Walford residents were rocked by an explosion during the clean-up operation for a party at The Prince Albert.

But EastEnders fans were left “underwhelmed” by the gas explosion at the Argee Bhajee as it turned out to be a muted off-screen incident.

BBC viewers took to Twitter to blast the plotline, as viewers had expected more from the fizzled explosion, with many not realising what the noise they heard actually was.