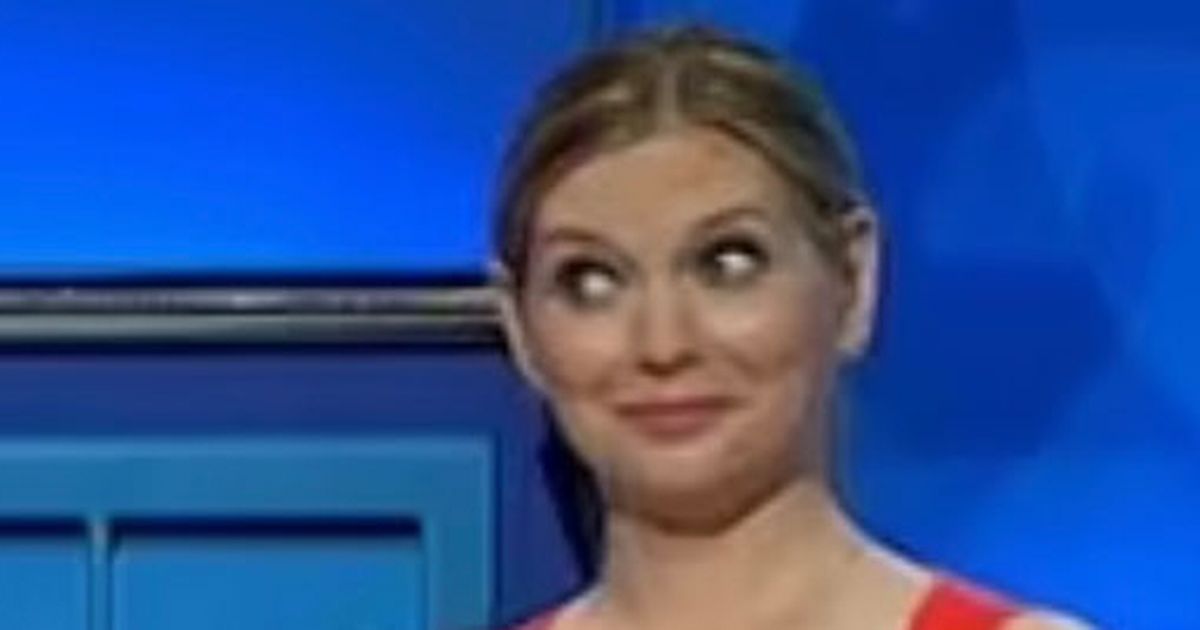 Rachel Riley was visibly surprised by a rude sounding word made it onto the Countdown board.

The TV presenter, 36, raised her eyebrows when columnist Giles Coren, 52, suggested the word “noshable” for an eight-lettered answer.

The word, meaning tasty, was found in the dictionary by lexicographer Susie Dent – much to the blonde beauty’s amusement who stood wide eyed by his response.

Giles’s find, came after Tuesday’s contestants Leigh and Craig had only been able to muster up six-letter words – blouse and enable.

Heading to Dictionary Corner, Anne asked her guest if he could better their efforts – which he clearly did to Rachel’s amusement.

Unlike Rachel, Giles managed to stay straight-faced as he explained his word, using the definition: “When you have a delicious lunch and it’s noshable.’

He turned to Susie and asked: “Is that any good?”

And much to his delight, he got the green light.

Rachel was seemingly still impressed by his find after the show as she took to Twitter to share the word alongside the side-eye emoji and an emoji of a monkey covering its eyes.

And her fans also appreciated the find and replied to her post in hilarious fashion.

One user commented: “Well that’s a first Rachel – a tweet where no one disagrees – well done! You’ve won the internet today!”

Another wrote: “I didn’t know nosh had a non-food meaning until I looked it up just now, but we learn something everyday with Countdown.”

And a third said: “Clearly it was the first word you thought of.”

Both Susie and Rachel also appear on the 8 Out Of 10 Cats does Countdown spin-off show and many fans also joked about feeling as though the two shows had got mixed up during the edition.

While she received a number of positive messages, last week Rachel opened up on the constant abuse she receives on social media.

The maths whizz opened up on being sent dozens of unsolicited sexual videos and images to her direct messages on her social accounts and also had strangers try to call her on Instagram.

The presenter is an ambassador for the Centre for Countering Digital Hate, which says not enough is being done to prevent such disgusting acts.