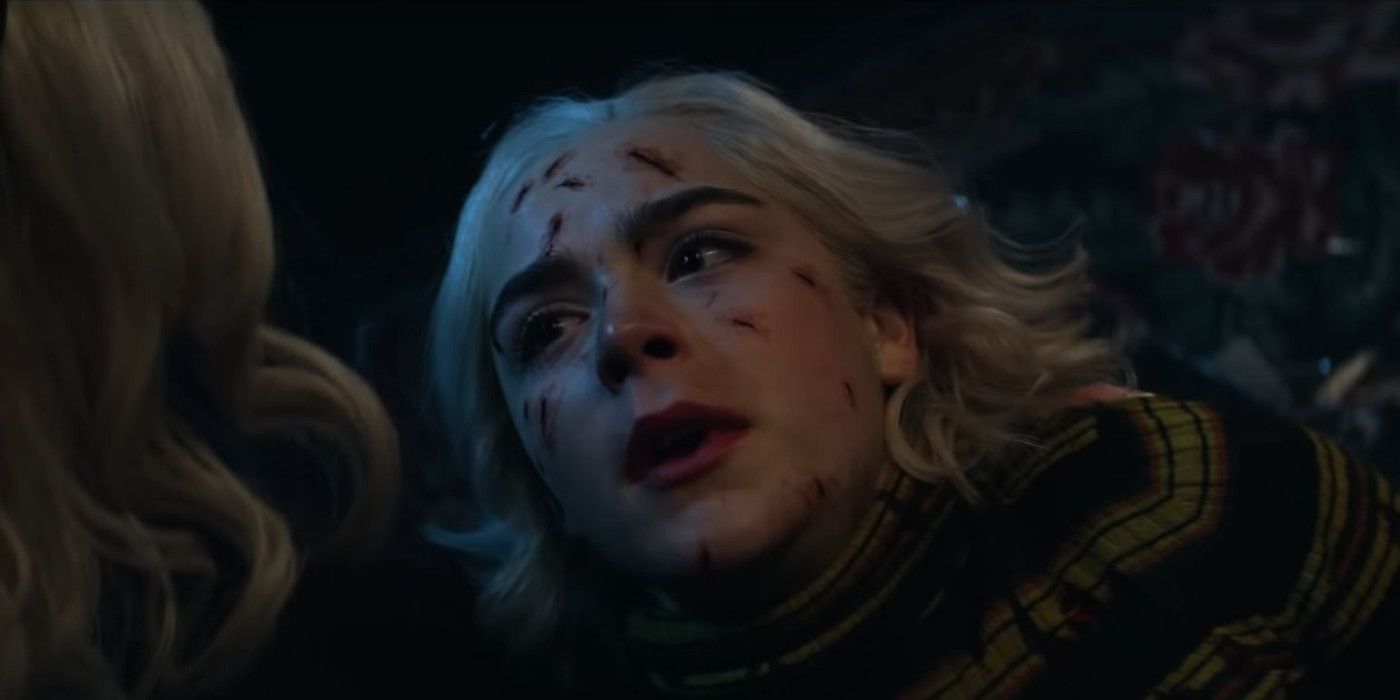 Despite her initial disbelief, Shipka clarifies that she was more surprised by the finale than disappointed. While Sabrina’s death is a tough pill to swallow, sacrificing herself is exactly what her character would do in that situation. She suggests Sabrina might have ended up in the sweet hereafter to live happily ever after with Nick, who follows her into the Void out of love:

I think that what it represents is she is truly a selfless soul, and she sacrifices herself for the greater good which is very hefty. And I think it hit me emotionally quite a bit. It’s not an easy ending to just digest. There is a lot of meaning and impact behind it and how we wish to read into that. But above all else, I was completely surprised.

Shipka admits she harbors some hope that Sabrina eventually “gets back” to her hometown. The actress has a few ideas about how her character could make another appearance:

I will say I think she’s pretty savvy and could find her way back to Greendale if she chose to. And I think just because I love her so much, that’s what I want to think happens. I hope that other people feel like it’s not the end of Sabrina, but just the next phase of whatever kind of crazy life or afterlife she may lead. Anything is possible in the world of Sabrina. So, that’s sort of where I sit with it. I hope that she gets back.

Of course, The Chilling Adventures is a supernatural show, and this isn’t the first time Sabrina has “died.” But without another season on the horizon, this death feels more final. Though it may be emotional, viewers will ultimately have to accept that Part 4 is the official end of The Chilling Adventures of Sabrina. Still, one can’t help but think of the possibilities afforded by Riverdale, a TV show within the same universe that’s still airing. Sabrina already crossed over to the gloomy town once on her show, leaving the door wide open for another crossover on theirs.