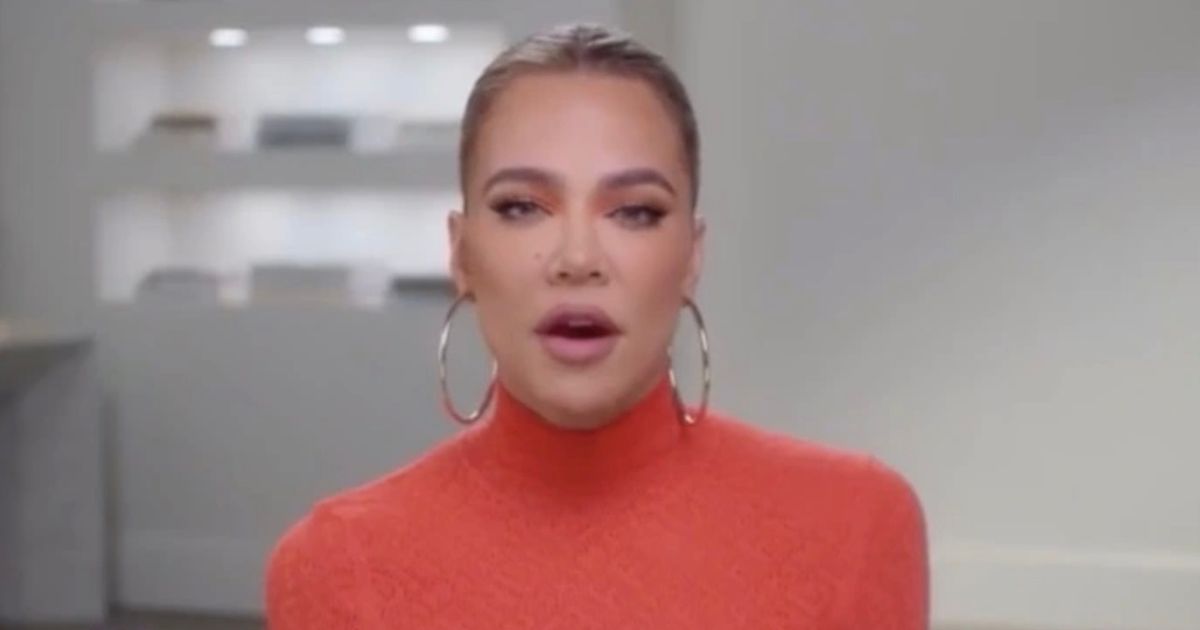 Khloe Kardashian has detailed her ‘hope and optimism’ for a future with Tristan Thompson in a new episode of The Kardashians, just weeks before a new cheating scandal rocked the couple

Khloe Kardashian has opened up about reconciling with on-off partner Tristan Thompson in the latest episode of The Kardashians, just days before news of his paternity scandal broke.

The episode was filmed last October, around the proposal of Blink-182 drummer Travis Barker to Kourtney Kardashian.

The reality star, 37, and the NBA basketball player, 31, had reconciled at the time, despite a chequered history of cheating scandals, the first of which explosively came to light days before she gave birth.

Khloe told the Hulu cameras of the relationship at the time: “We’re good, we’re in a really good place. We got back together. He’s been going to therapy a lot. There’s just been a lot of effort on his part.”

The Good American founder confessed that life was simply more “fun” with Tristan in her life.

“I have a lot of hope and faith and optimism for our future together.”

But these hopes will be shattered in coming episodes, as the couple became embroiled in another scandal and split when Maralee Nichols alleged Tristan was the father of her son born in December 2021.

Tristan admitted he is the father of the child after paternity results confirmed it. His child with Nichols is his third, after son Prince who he shares with influencer Jordan Craig and daughter True with Khloe.

The reality star, 37, and the NBA basketball player, 31, had reconciled at the time
(

Khloe herself tweeted of Tristan’s appearance on the episode: “Well we know how this aged.”

In a second message, she wrote: “Watching these episodes now I definitely feel a type of way. Oh girl if only you knew…. (Me talking to me).”

In the new episode of the show, which comes in the wake of the axed E! Show Keeping Up With The Kardashians, the famous family gather ahead of Travis and Kourtney’s engagement.

Awaiting the proposal, friend Simon Huck teases Tristan by asking if he has “any other big surprises” planned, hinting at another popped question.

“I have a lot of hope and faith and optimism for our future together.”
(

Tristan awkwardly shakes his head and looks uncomfortable, blurting out “not yet.”

Matriarch Kris Jenner laughs, saying: “You’re next Tristan! Figure it out! And if we can use the same hotel, that would be great.”

Tristan began dating the Keeping Up With The Kardashians star in 2016, just three months before the birth of his son Prince with ex-girlfriend Jordan.

The pair have long had an on-and-off relationship, as Tristan’s various cheating scandals have come to light.

Tristan, 31, was caught cheating on the then-pregnant reality TV star, 37, before she gave birth to their daughter True
(

Tristan was caught cheating on the then-pregnant reality TV star before she gave birth to their daughter True in 2018.

In the premiere episode of the Kardashian family’s new Hulu series, Khloe detailed her furious reaction to the CCTV footage which showed the dad-of-three cheating on the star at a hookah lounge with three women.

The couple later reconciled, only to call it quits again after Kylie Jenner ’s best friend Jordyn Woods revealed that she and Tristan kissed at a house party in February 2019.

The Kardashians is available to stream on Hulu and Disney+.