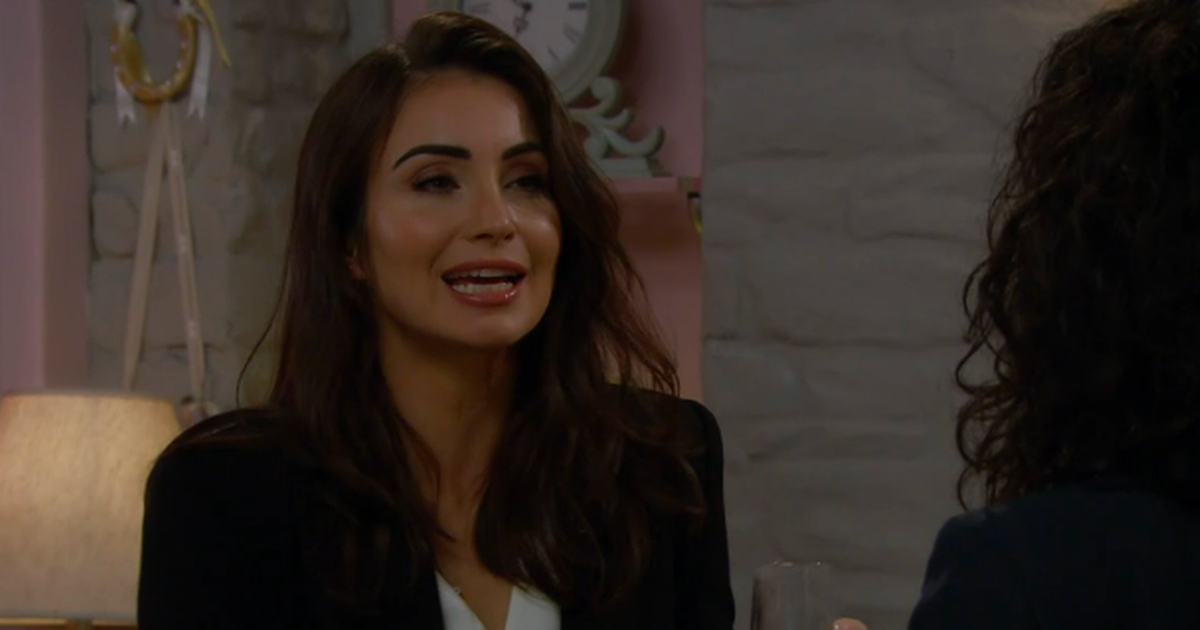 Emmerdale’s Leyla Harding was seen doing cocaine with newcomer Suzy in Thursday’s episode of the ITV soap, but viewers felt it was very out of character for her to be doing drugs

Emmerdale viewers were absolutely stunned whilst tuning in on Thursday as Leyla Harding’s big secret was finally revealed.

Fans have been wondering for a while now what Leyla’s connection is to newcomer Suzy, and now they know.

During the latest instalment of the ITV soap, Suzy was seen giving Leyla a bag of cocaine as they celebrated securing a big business deal.

The pair appeared to be buzzing as they spoke about their next big job, but the whole thing seemed very out of character for Leyla.

Viewers were not impressed with Leyla’s drug-taking at all, and some even predicted it will be the end of her and Liam.

One person tweeted: “Leyla, when Liam finds out, and believe me, he will, don’t cry on anyone’s shoulder when he asks for a

A second viewer said: “Out of character for Leyla , writers really have lost the plot #emmerdale.”

A third person joked: “Leyla being on drugs is as likely as me serving the Queen of England tea! #Emmerdale.”

And a fourth viewer asked: “Since when did leyla start taking drugs #emmerdale.”

A different viewer pointed out: “I love how Leyla is wed to the village GP who can’t spot an addict sharing his bed. It’s OK Liam, the writers forgot to give her any signs of addiction too …. #Emmerdale #SoapsGoneBad.”