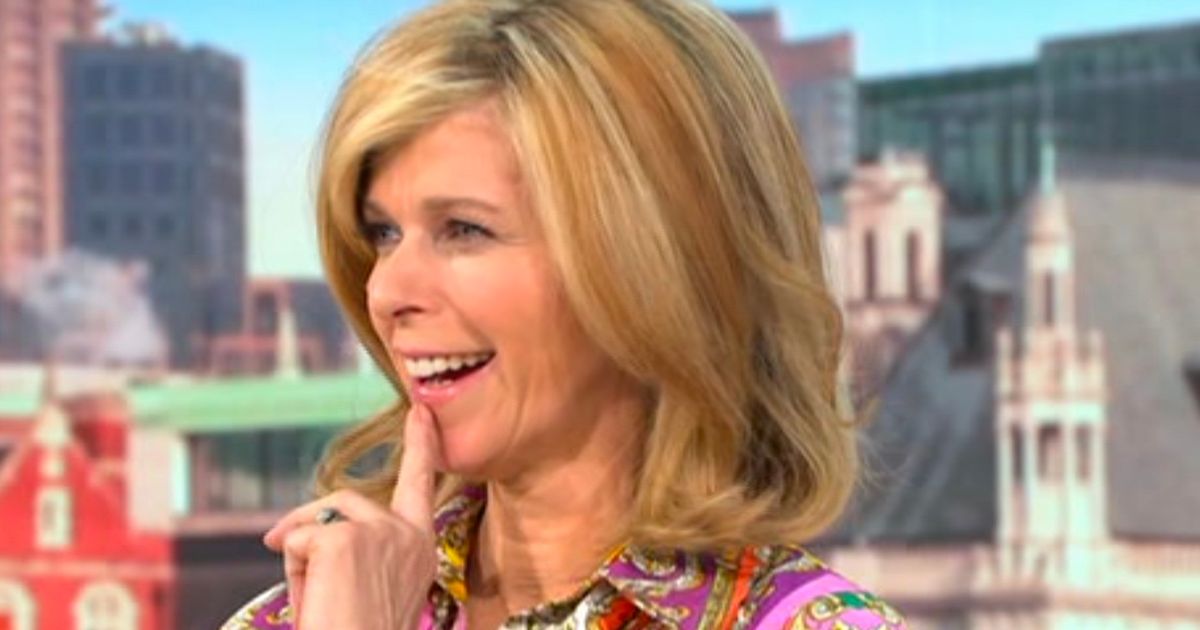 Kate Garraway joked she is “desperate” for work while hosting Good Morning Britain on Wednesday’s show. (

Kate Garraway joked she is “desperate” for work while hosting Good Morning Britain on Wednesday’s show.

The actress revealed she was never asked to be a part of the new Sex And The City reboot And Just Like That… and turning down a pitched third film as it involved a “heartbreaking” storyline for her fan favourite character.

The actress told Variety: “I was never asked to be part of the reboot. I made my feelings clear after the possible third movie, so I found out about it like everyone else did — on social media.”

Richard confirmed to the ITV studio that Kim’s sex positive character Samantha Jones “won’t be back”, then added: “So, unlike us Kate, she’s actually turning work down.”

Kate and Adil collapsed into fits of laughter, before Kate replied: “Unlike us she’s not desperate Richard, that’s why.”

As Richard then paused in the ITV studio, unaware there was time for him to do another show business segment, Kate then joked: “You’re not as desperate as we thought, you see, you’re actually turning work down this morning.”

This comes after Kate is said to have lost her battle to save her husband Derek Draper’s psychotherapy company, Astra Aspera Limited.

“So, unlike us Kate, she’s actually turning work down.”
(

Astra Aspera was primarily Derek’s company but Kate was made a director in February last year in an effort to keep it running, but Kate is reportedly struggling with a huge increase in costs.

Despite her many work projects, including Good Morning Britain, Smooth Radio, Life Stories and two emotionally-charged documentaries, as well as caring for the couple’s two children, Kate also has to fund round-the-clock care for her husband.

Speaking recently on This Morning about their trip to Mexico for specialist treatment, Kate shared: “That came at a really low point when I thought, ‘Oh God, this is not sustainable’.

“Unlike us she’s not desperate Richard, that’s why.”
(

“The system, I mean I don’t believe we can have 24 hour care forever, you know there’s a point where money runs out!

“It’s a big moment, I was thinking, ‘This isn’t sustainable’ and if there isn’t the structure there to help long term, what are we actually going to do? Because we can’t give up on him.”

Derek has been bedridden since contracting coronavirus in March 2020, after which he spent over a year in hospital and now requires around the clock care.

Who will replace Anne Robinson on Countdown – and why is she quitting?